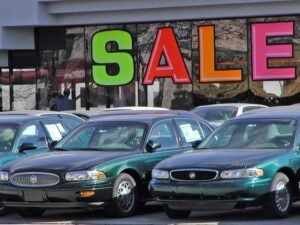 GM and two dealer groups were cited by the Federal Trade Commission for issues involving failing to make recall repairs.

The FTC claimed that all three that each had advertised how rigorously they inspect vehicles, but failed to disclose some of the used cars they were selling were subject to unrepaired safety recalls.

Jim Koons Management, which has 15 dealerships in the Mid-Atlantic region, and Oregon-based Lithia Motors Inc., which has more than 100 stores in the West and Midwest, are two of the nation’s largest used-car dealers.

“Safety is one of the biggest considerations for consumers shopping for a car,” said Jessica Rich, director of the FTC’s Bureau of Consumer Protection. “So companies touting the comprehensiveness of their vehicle inspections need to be straight with consumers about safety-related recalls, which can raise major safety concerns.”

The FTC’s complaint against GM cites the company’s representations for “Certified Pre-Owned Vehicles,” such as:

“Our 172-Point Vehicle Inspection and Reconditioning Process is conducted only by highly trained technicians and adheres to strict, factory-set standards to ensure that every vehicle’s engine, chassis, and body are in excellent condition. The technicians ensure that everything from the drivetrain to the windshield wipers is in good working order, or they recondition it to our exacting standards.”

The FTC’s complaint against Jim Koons Management Co., which also does business as Jim Koons Automotive Companies, notes the company’s purported “guarantee” that:

“Every certified Koons Outlet vehicle must pass a rigorous and extensive quality inspection before it can be sold. Our certified mechanics check all major mechanical and electrical systems and every power accessory as part of our rigid quality controls.”

The complaint alleges that some cars were subject to unrepaired recalls, including those involving the key ignition switch and alternator-related defects that could cause unexpected vehicle shutdown or an electrical fire, and a rear suspension defect that could result in a fuel leak or fire.

The FTC’s complaint against Lithia Motors cites claims for its dealer-backed 60-Day/3,000 Mile warranty, which requires vehicles to go through an exhaustive 160-checkpoint Quality Assurance Inspection. “We inspect everything from the tires and the brakes to suspension, drive train, engine components and even the undercarriage,” Lithia’s ads said.

However, the complaint alleges, some of the cars Lithia advertised were subject to unrepaired recalls involving defects in the key ignition switch and other safety issues.

Under the proposed consent orders, which would remain in effect for 20 years, the companies are prohibited from claiming that their used vehicles are safe or have been subject to a rigorous inspection unless they are free of unrepaired safety recalls, or unless the companies clearly disclose the existence of the recalls in close proximity to the inspection claims. The proposed orders also would prohibit the companies from misrepresenting material facts about the safety of used cars they advertise.

The Commission vote to issue the administrative complaints and to accept the consent agreements was 4-0, but all three agreements will be subject to public comment through Feb. 29.

The FTC will issue an administrative complaint when it has “reason to believe” that the law has been or is being violated, and it appears to the Commission that a proceeding is in the public interest. When the commission issues a consent order on a final basis, it carries the force of law with respect to future actions. Each violation of such an order may result in a civil penalty of up to $16,000.