Automakers, US Regulators Set to Announce Agreement on Improved Safety

“Safety will become embedded in the cost of manufacturing.” 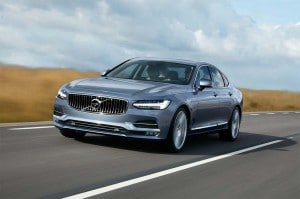 The new Volvo S90 will add an assortment of new safety systems when it comes to market.

A consortium of 16 U.S. and foreign-owned carmakers will announce a new, voluntary agreement with the U.S. government meant to improve automotive safety.

The move, first reported by the Reuters news service, could lead to significant improvements in vehicle design and the use of more advanced active safety technology. Set to be announced at the North American International Auto Show on Friday, the pact comes at a time when consumers are demanding safer vehicles and regulators are cracking down on industry safety lapses.

The agreement “reaffirms our shared commitment to safety, and signals to the public the areas in which government and industry intend to collaborate to further improve automotive safety,” the industry group wrote to U.S. regulators in a note seen by Reuters.

For decades, the auto industry mantra was that “safety doesn’t sell.” That began to change with the publication of Ralph Nader’s groundbreaking book, “Unsafe at Any Speed,” 50 years ago. It led to the passage of the first federal safety laws and the creation of the National Highway Traffic Safety Administration.

More recently, well-publicized lapses by automakers included General Motors, Fiat Chrysler, Honda and Toyota – as well as the much-publicized fiasco with faulty Takata airbags – has led NHTSA to crack down on safety lapses. The agency has ordered a series of record fines, which could now increase under the newly passed federal transportation bill. 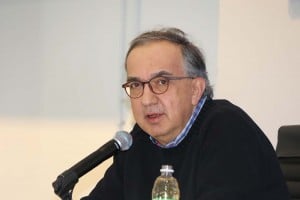 Wary of NHTSA’s fury, automakers ordered the recall of a record 64 million vehicles in 2014, coming close to that number again in 2015.

“I agree with that shift,” said Fiat Chrysler CEO Sergio Marchionne during a media roundtable at the Detroit Auto Show on Monday. “We need to get to the stage where safety is no longer a competitive tool,” but something all manufacturers are expected to deliver.

FCA is one of the 16 manufacturers reportedly planning to enter the new alliance, a group that also includes Toyota, GM, Mercedes-Benz parent Daimler AG, BMW, Honda, Nissan and Hyundai.

Exactly what the agreement will yield is not clear, though NHTSA Administrator Mark Rosekind told Reuters on Monday that, “We’re going to have to find new tools – that means new collaborations, new partnerships.”

Those new tools also will likely include a variety of high-tech safety features, such as the forward collision warning systems that are becoming increasingly commonplace. NHTSA is now giving thought to making such equipment mandatory.

Even if it doesn’t, automakers have motivation to add it to their newest models. Some of the improvements in safety have been driven by a third party, the Insurance Institute for Highway Safety. It several years ago added a tough new test, the Small Overlap Test, designed to better replicate what happens in real world crashes. Though not part of federal law, automakers have raced to upgrade products to pass. 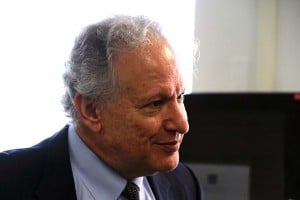 Some experts believe the industry is moving towards a level of safety that, until now, could only be imagined. Volvo, in its Vision 2020 plan, has outlined a goal of making its products so safe that by 2020, no passenger will be killed or seriously injured in one of its vehicles. Nissan has set out a similar target.

How far the new consortium will go is unclear, and some observers apparently fear the industry members could use the pact to actually try to slow down efforts by NHTSA to enact new mandatory standards. Cost is an issue that has led makers to resist a number of issues over the year.

But that will become a tougher argument going forward, Fiat Chrysler CEO Marchionne said, noting that, “Safety will become embedded in the cost of manufacturing.”