Self-driving race series set to get underway next year. 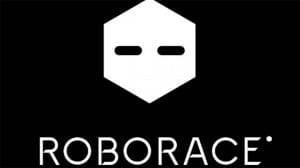 Roborace will be an hour-long event before each of the Formula E battery car races.

Think motorsports and you’re as likely as not to immediately think of some of the great names associated with racing: Schumacher, Hill, Fangio, Andretti, Petty and Earnhardt. So, what happens when you take the driver out of the car?

You come up with the new Roborace, a series of hour-long track events set to launch next year as a prelude to the Formula E series. About to enter its third season, Formula E is itself a groundbreaking concept, the first major series to rely on battery-electric race cars.

“We passionately believe that, in the future, all of the world’s vehicles will be assisted by AI and powered by electricity, explains Denis Sverdlov, Founder of Kinetik and Roborace.  The new series will serve as a “celebration of revolutionary technology and innovation that humanity has achieved in that area so far. It’s a global platform to show that robotic technologies and AI can co-exist with us in real life.”

The goal is to stage a series of one-hour races ahead of the Formula E events scheduled during the 2016-2017 season. Organizers hope to get 10 teams involved in the project – as with Formula E, each team fielding two separate cars. 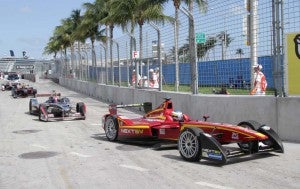 (Police pull over Google Car – for going too slow. Click Here for more.)

One of the many unusual elements of the Roborace project calls for at least one of the teams to be put together by a community of experts through a crowdsourcing project that, according to a news announcement, will be “open for enthusiastic software and technology experts all over the world.”

“Roborace is an open challenge to the most innovative scientific and technology-focused companies in the world,” said Alejandro Agag, the CEO of Formula E. “It is very exciting to create a platform for them to showcase what they are capable of and I believe there is great potential for us to unearth the next big idea through the unique crowd-sourced contest.”

The launch of Roborace comes at a time when the auto industry is itself racing to get the first autonomous vehicles on the road. Tesla has just launched its semi-autonomous AutoPilot system, while Google is developing a fleet of 100 self-driving prototypes. Nissan promises to have its first fully autonomous vehicle in production by 2020. 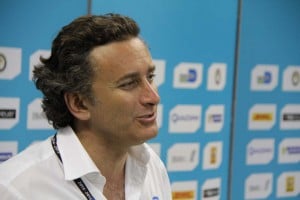 Several automakers have already tested autonomous technology under track conditions. Audi has raced up Pike’s Peak, and claims a self-driving TTS out-ran an amateur racer at California’s Thunderhill track. BMW has lapped the tricky Mazda Raceway Laguna Seca with its autonomous Track Trainer. And Yamaha unveiled its Motobot, an actual robot designed to ride a motorcycle, at the recent Tokyo Motor Show.

You won’t see an Audi TTS or a BMW 3-Series on the track, however. Plans call for each of the teams to operate identical vehicles. Identical, that is, in terms of the race car’s mechanicals. But they will have to come up with the algorithms and other software to make those vehicles move autonomously. And that, experts suggest, is where the real leaders in the fast-emerging field will win the race to put self-driving vehicles on the road – and the track.

(Watchdogs want to slow race to bring autonomous vehicles to market. Click Here to learn why.)