Only one in 4 Americans now have positive image of maker, finds survey.

Volkswagen’s once strongly positive image among American consumers has collapsed in the wake of revelations the German automaker cheated on diesel emissions tests.

The fact that the vast majority of potential buyers now do not trust the brand could have a major impact on its sales, warn researchers at AutoPacific, Inc, the consulting firm that conducted the survey. While it is too early to measure that impact, VW has already announced the first cuts in its worldwide production network, and the company’s supervisory board is now looking for ways to shore up its finances.

“How Volkswagen handles this issue is critical,” said Dan Hall, a vice president at AutoPacific. “Trust is an important issue with consumers, and every brand works hard to maintain that trust.”

The firm’s research shows that VW has taken hits in a number of ways. Where three out of four vehicle owners felt positively about the brand prior to the scandal, that’s now down to one in four. Meanwhile, 64% of the 500 vehicle owners surveyed told researchers they don’t trust Volkswagen.

(2016 Passat makes an awkwardly timed debut. Click Here to check it out.) 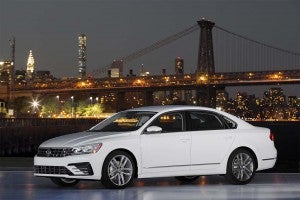 The scandal could cause problems for VW as it prepares to launch the new 2016 Passat TDI.

Two weeks ago, the Environmental Protection Agency announced that VW had used a “defeat device” on 482,000 turbodiesel models sold in the U.S. over the last seven years. The software was able to detect when the vehicles were being tested, activating key pollution control systems in order to meet mandated emissions. Otherwise, pollution levels were allowed to increase by up to 40 times the U.S. standard.

VW has since confirmed the code was written into 11 million vehicles sold worldwide. The scandal has cost a number of senior executives their jobs, including now-ousted CEO Martin Winterkorn. His successor, Matthias Mueller, has promised to quickly create a fix for the problem, but VW insiders say it could take longer for vehicles sold in the U.S. because of the complexity of their emissions controls.

(Click Here to find out why it will prove difficult to fix VW’s U.S. diesels.)

The German maker this week announced it has dropped one shift at a key European engine plant. And it has imposed a hiring freeze at its financial services division. So far, no cuts have been announced at VW’s assembly plant in Chattanooga, Tennessee, but analysts will be watching the impact on U.S. sales. September numbers – which could show some effect – will be released on Thursday.

Reuters is reporting that VW’s supervisory board is meeting in Germany to discuss ways of shoring up the company’s finances. VW has not commented on the report, however. Some analysts have speculated the company might be forced to sell off assets, and perhaps even some of its dozen car brands. 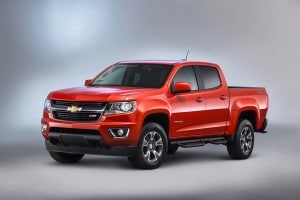 The new diesel version of the Chevy Colorado.

While officials at several other automakers, notably including BMW and Mercedes-Benz, have issued strongly worded statements insisting they have not cheated on emissions tests. But the new AutoPacific study warns that trust in the industry may be evolving more broadly.

Almost two-thirds of the respondents said they think other manufacturers might be cheating on diesel tests, and 55% said tests of gasoline models may also be impacted.

On the other hand, while 80% described the VW scandal as a “big deal,” just 8% thought it would kill off the entire U.S. diesel market.

“Consumers have proven through numerous recalls that they are resilient and quickly return to their buying habits,” said AutoPacific’s head of research Ed Kim.

VW has been the largest seller of diesels in the U.S. in recent years, the technology accounting for a quarter of the vehicles sold in the States. But a growing number of manufacturers have been adding diesels of their own, including 2016 versions of the Range Rover SUV and Chevrolet Colorado pickup.

Asked what the scandal will mean for diesel sales, General Motors’ global Chief Marketing Officer Tim Mahoney said, “The honest answer is we really don’t know. We’re going to be listening to what’s happening in the market” over the coming months.