Mirror, Mirror: Who’s the Greenest of Them All?

Five finalists for Green Car of the Year revealed. 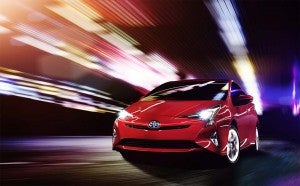 One of the five finalists: the 2016 Toyota Prius.

Sales of high-mileage and low emissions vehicles, especially battery-based models, have tumbled in recent months, along with fuel prices. But facing tough new mileage mandates in the U.S., and stiffened emissions rules in Europe and other parts of the world, automakers have been rushing to market with an assortment of new, green models.

But which is the most environmentally friendly? Five finalists for Green Car of the Year have been announced, ahead of the awards ceremony set to mark the opening of the 2015 Los Angeles Auto Show next month.

“This is the strongest field of finalists we’ve seen in our annual Green Car of the Year® program,” said Ron Cogan, editor and publisher of the Green Car Journal and CarsOfChange.com.

The five finalists cover a wide range of technologies and, significantly, none are pure battery-electric. They all use a gasoline engine in some form or another: 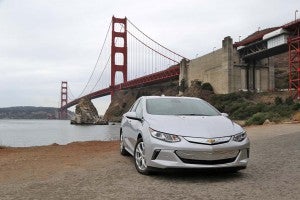 “Each of the five nominees makes a strong environmental statement in distinctly different ways,” noted publisher Cogan, “with a common strategy of recognizing what’s most important to today’s drivers. Their use of wide-ranging powertrain technologies underscores that all approaches are essential to achieving important environmental goals.”

Launched in 2005, the Green Car of the year awards have highlighted the increasing emphasis on clean and high-mileage automotive technologies. But organizers have occasionally confounded environmentalists by defying conventional wisdom. On several occasions they have honored diesels and traditional, gas-powered vehicles over more politically correct battery-based models.

Last year, however, the choice of the BMW i3 was generally well-received. In delivering the trophy, Cogan declared that the i3 battery-electric city car “breaks the mold,” not only with its battery drive system but by bringing the use of lightweight carbon fiber down to the mainstream.

The winners of the Green Car of the Year will be chosen by a jurythat consists of environmentalists, regulators, journalists and enthusiasts, including mega-car collector Jay Leno and Jean-Michel Cousteau, grandson of ocean environmentalist Jacques Cousteau.

(For more on the all-new Toyota Prius, Click Here.)