Technology will make it easier to fix problems – but could open door to hackers. 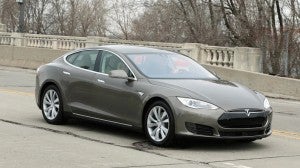 Tesla recently released a beta version of its Pilot software wireless to a select group of owners.

When Tesla officially releases its new Pilot program, which will allow its Model S sedan to drive hands-free on limited access highways, owners won’t have to bring their cars to Tesla dealers to get the update. As it has with prior updates of the software running the Model S, the battery-carmaker will distribute the new software wirelessly.

The move could save them billions – and improve customer satisfaction in the process — by eliminating the need for owners to go to showrooms for repairs. But over-the-air technology also presents some potential risks as hackers turn their sights to the automobile.

“It is clear that OEM (original equipment manufacturers) cost savings from over-the-air software updates will be the most valuable part of this technology — by far,” said Egil Juliussen, a principal analyst of automotive technology at IHS Automotive, and a co-author of a new study on the technology. 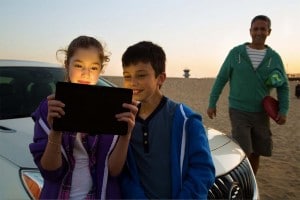 Wireless updates are commonplace in the computer and smartphone world. It’s the method of choice for distributing everything from anti-virus updates to the latest operating system revisions. But the technology is just beginning to be accepted by automotive manufacturers.

When Lincoln experienced problems with the Sync infotainment system on the then-new MKZ system several years ago, it offered owners a thumb drive containing updated software. Less tech-savvy customers were told to bring their vehicles into the service shop, a costly process as Lincoln had to reimburse dealers for their time.

For customers, the use of wireless technology could eliminate the need for some service calls, especially at a time when the number of safety-related recalls has been rising. Some of those could be solved using over-the-air updates.

As vehicles become more and more high-tech, with digital safety and infotainment systems, electronic engine and transmission controllers and other systems that depend on software as much as mechanical devices, over-the-air updates offer tremendous promise. They make it possible to reach out quickly and easily to complete repairs or add new features.

Officials at BMW, for example, say they may wirelessly update the semi-autonomous driving system on the all-new 750i sedan in the near future to expand its capabilities.

General Motors’ OnStar division is set to launch a new feature next year that will monitor a vehicle’s functions and issue an alert if, for example, the battery or water pump are starting to fail. The onboard software is linked to a cloud-based database that improves the accuracy of the system. Eventually, OnStar will be able to automatically schedule service for mechanical problems or download software to fix digital issues.

The IHS study says navigation and infotainment systems, Telematics controls, and critical electronic control units for things like engines and transmission all could be updated with the over-the-air technology.

There will likely be a number of different paths manufacturers will have into the vehicle. These range from satellite delivery to the 4G LTE hot spots. Chevrolet, for example, plans to install 4G on virtually all of its models starting in the 2016 model-year.

While automakers are taking the lead in this new field, outside players are looking at opportunities. Last week, Verizon officially began marketing the Hum system it announced at the Detroit Auto Show last January. Aimed at older vehicles without factory systems like OnStar, it can provide a motorist with diagnostic information, connect them with service technicians and provide other emergency services. Verizon hasn’t said if it can or will add the ability to update software on older vehicles, as well.

There is at least one potential downside. Automakers acknowledge the addition of telematics-based systems to the vehicle could increase the threat of hacking. The industry long ignored the problem, believing that without an easy way to access vehicle controls from outside the vehicle hackers would have little interest in the automotive world.

But with a rapid increase in wireless channels into the vehicle – everything from the wireless systems used to monitor tire pressure to new onboard 4G LTE systems – that is no longer the case.

Hackers are looking to exploit “potentially every channel on the vehicle that provides access to services or maintenance,” warned Saar Dickman, CEO of TowerSec, an Israeli cybersecurity company working with a number of automakers.

While there have been no major cyber attacks – yet – several researchers showed the potential depth of the problem recently. That included a project that allowed two hackers to take control of a Jeep Cherokee, sending it spinning into a ditch.

The push to permit wireless updates, experts warn, will only focus more attention on the need to develop better mobile cyber security.