Chrysler, Other Automakers Could Be Swept Up in Emissions Cheating Scandal 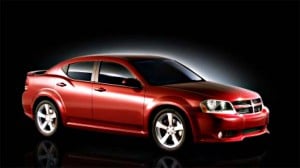 The tainted VW diesel was used by other manufacturers for such models as this Dodge Avenger.

German authorities now say 2.8 million Volkswagen diesel vehicles sold in that country “are affected” by the maker’s rigging of emissions tests. But VW may not be the only maker implicated. The suspect turbodiesel engine used by Volkswagen apparently also was sold to several other manufacturers, including Chrysler and Mitsubishi for use in some of their European models.

Regulators there and in the U.S. are planning to expand random testing to include not just VW models but diesel vehicles sold by other manufacturers. Several reports from Europe indicate that some Daimler AG and BMW models might also exceed emissions standards, though it is unclear if that implies any intentional efforts to game the testing process.

For their part, the two makers insist they have followed the letter of the law, both in Europe and in other markets including the United States.

“We categorically deny the accusation of manipulating emission tests regarding our vehicles,” said Daimler AG, parent of the Mercedes-Benz and Smart brands, in a statement. “A defeat device, a function which illegitimately reduces emissions during testing, has never been and will never be used at Daimler. This holds true for both diesel and petrol engines. Our engines meet and adhere to every legal requirement.”

VW’s admission that it installed software, known as a “defeat device” in 11 million of its diesel vehicles has set off a frenzy of concern around the world. Regulators in markets as far flung as the European Union and South Korea have said they will begin investigating the problem. 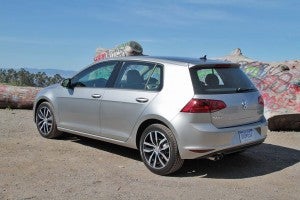 Italian authorities plan to randomly sample the missions of 1,000 diesel vehicles of various makes on the road to see if they comply with regional standards. The U.S. Environmental Protection Agency, which was first to discover and disclose VW’s cheating, also intends to test diesel vehicles.

In the U.S., at least, it now appears that 482,000 vehicles equipped with Volkswagen’s 2.0-liter diesel will be recalled because they can emit up to 40 times the permissible level of noxious exhaust gases when not being tested. What has been uncertain is whether the software actually was engaged in other markets.

“It’s now clear that vehicles in Germany are affected by these manipulations. Based on our current knowledge they are vehicles with 2.0 litre and 1.6 litre diesel engines,” German Transport Minister Alexander Dobrindt told the country’s parliament on Friday.

(Is your diesel dirty? Click Here for that and other questions about the VW scandal.)

The EA 189 engine was used in a variety of models through both the Volkswagen and Audi brands in the U.S. But the 2.0-liter package, as well as a 1.6-liter variant, also went into models sold by other Volkswagen AG brands, such as the Seat Leon and Toledo models. 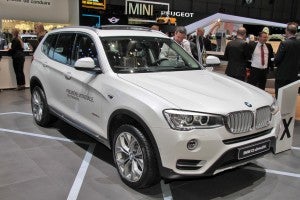 Meanwhile, VW supplied the engines to at least two other manufacturers, TheDetroitBureau.com has learned, including Chrysler and Mitsubishi, which used them for models sold in the diesel-centric European market. The American maker went outside because, prior to its 2009 tie-up with Italy’s Fiat, it didn’t have a small diesel of its own.

The engines supplied by Volkswagen were apparently used in the European versions of such models as the Chrysler Sebring and Jeep Compass, as well as the Dodge Avenger introduced at the 2006 Paris Motor Show.

(For more on how the VW scandal will affect U.S. diesel sales, Click Here.)

It is unclear if what was then known as Chrysler Corp. also used Volkswagen-supplied engine control systems and, if so, whether they contained the rigged software.

Asked for details, a Chrysler spokesman declined comment. An insider reached by TheDetroitBureau.com added that as so many engineers and executives have left the company since its 2009 bankruptcy it could be difficult to track those with any knowledge of the diesel program.

What is now Fiat Chrysler now has a number of its own diesel engines, including a larger six-cylinder version that it offers in the popular EcoDiesel version of its big Ram pickup.

(Henny Hemmes contributed to this report.)