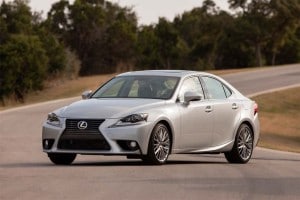 Despite the fact that new vehicles have more convenience and safety features than ever – equipment expected by new vehicle buyers – those same people are growing tired of the quality issues and higher prices that often come with those add-ons.

Car buyer satisfaction fell 3.7% in 2014, the third year in a row, to 79 on a scale of 100, according to the American Customer Satisfaction Index. The slide isn’t entirely unexpected as the industry recalled more than 60 million vehicles last year.

We Keep You Plugged In!

Owners reported a 40% increase in recalls in the second quarter of last year, the ACSI reported. Many of the actions were related to the electronics and safety options that are supposed to make driving safer and more enjoyable.

Not only is the equipment a source of frustration for drivers, it’s compounded by the fact that it often raises the price vehicles.

“Higher prices are clearly hurting customer satisfaction, but low prices also have artificially inflated satisfaction numbers in the years prior,” said David VanAmberg, ACSI director. “The government’s Cash for Clunkers program helped push driver satisfaction to its highest level ever in 2009 – and heavy discounting as the economy recovered kept satisfaction up for a while. The customer satisfaction levels the auto industry is seeing now are more consistent with historical ACSI data.”

The index follows 27 nameplates and 15 saw declines over last year’s results and just two saw improvements. This year’s results show that foreign brands are getting the best results: 77% of the above-average nameplates in the ACSI are imports. The highest-scoring automakers remain Japanese and luxury brands in general.

Ford, when Lincoln is included, is the lone bright spot among the domestic auto companies for the most recent survey. It’s score came in at 81: unchanged from the previous year. Meanwhile, General Motors slipped to 79, down 3%, and Fiat Chrysler fell 5% to 75.

Lexus finished atop the 2014 rankings with a score of 84, pushing Mercedes-Benz into second place, which fell 3% to 83. Acura, one of the two brands to post an increase, saw its score rise 8% to 83, tied with Mercedes and Lincoln for second place.

(Click Herefor details where the best and worst drives live.)