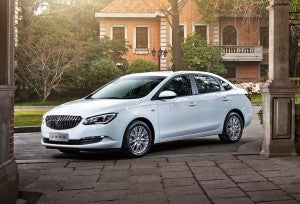 GM's sales in China were down 4% in July, but the debut of the new Buick Excelle is expected to bolster efforts for the second half of 2015.

Despite new product launches and an a product mix that includes more sport utility and multi-purpose vehicles, General Motors sales in China dropped by 4% in July.

It was the third consecutive monthly sales drop for GM and its joint ventures, which sold 229,175 vehicles across China. Sales were primarily impacted by model changeovers and the phasing out of older Chevrolet vehicles, GM officials said.

“We have had a series of successful product launches over the past few months, including the all-new Buick Excelle GT sedan and Baojun 560 SUV. This has helped us manage the current challenges facing the Chinese vehicle market,” said GM Executive Vice President and GM China President Matt Tsien. “These products are expected to support sales momentum for the balance of the year.” 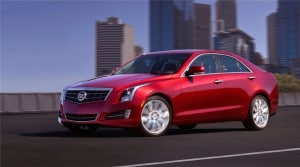 While GM sales were down last month, the Cadillac ATS-L has led the division a 12.1% jump through July.

In the first seven months, Buick had its best sales ever in China, selling 504,845 units. This was up 4.8% year over year, led by the Envision SUV. In addition, sales of the Excelle GT jumped 58% year over year in July.

Increasing demand for the ATS-L boosted Cadillac sales by 12.1% to a record 44,060 units for the first seven months of the year.

Chevrolet sales declined 3.1% to 353,007 units year-over-year between January and July. Sales of the Cruze, the biggest contributor to Chevrolet sales, rose 1.2% on an annual basis.

In the first seven months, Baojun sales surged 323% to 187,121 units. Sales of Wuling vehicles, which depend on dealers in less-developed parts of China, dropped 7% to 856,711 units, due to continued contraction of the mini-commercial vehicle market.

GM’s decline in sales comes as other carmakers also report that conditions in the Chinese market have become more difficult as the Chinese economy slows.

Earlier this week, BMW cautioned that its financial forecasts for this year could be at risk from further deterioration in the Chinese market, where its sales have begun to fall for the first time in a decade.

The German luxury carmaker, which had already said in May that growth in China would be “less dynamic,” said it still expected to break records again on group sales and pretax profit this year but the challenges in China could affect “the scale of the increase” on last year’s pretax profit of 8.707 billion euros after reporting a 3% drop in its second-quarter operating profit.

Toyota Motor Corp, the world’s largest carmaker, also said this week it “can’t be optimistic” about profitability in China, which is now the world’s largest auto market, where slowing growth is forcing the Japanese manufacturer to cut prices and offer buying incentives to keep up with rivals.

Hyundai Motor Co. has cut the price of two sport-utility vehicle models in China by as much as 11.8%, the company said on Tuesday, the latest carmaker to do so as a sales slowdown grips the world’s largest auto market. The South Korean automaker’s shipments in China fell 14% in the second quarter, leading it to pledge further incentives in order to compete with Chinese automakers.

(To see more about GM plowing $5 billion into its global operations, Click Here.)

China auto sales fell each month in the quarter as economic growth crawls at its slowest pace in 25 years, draining consumer sentiment. Analysts expect a stock market crash from mid-June to have a knock-on effect and further drag on vehicle sales.