Chrysler Will Buy Back – Then Resell — Vehicles Under Consent Order 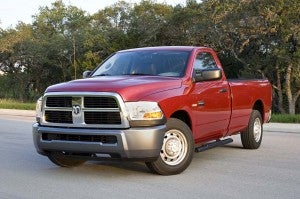 About 193,000 of the Dodge, Chrysler and Ram trucks may be eligible for buyback.

As part of the consent order Fiat Chrysler Automobiles has reached with the National Highway Traffic Safety Administration, the maker will pay a record $105 million in fines and penalties – while also taking hundreds of thousands of recalled vehicles off the road.

In some cases, however, that may only be temporary. TheDetroitBureau.com has learned that the trans-Atlantic automaker intends to repair some of those vehicles and then resell them to the public. That could affect as many as 193,000 pickup trucks and SUVs, according to documents FCA has filed with NHTSA.

“If we repurchase them we will resell them after performing the necessary service,” spokesman Eric Mayne told TheDetroitBureau.com, noting that was a step approved by federal regulators as part of the extensive consent order.

The complex agreement was hammered out in the wake of what NHTSA Administrator Mark Rosekind called an “unprecedented” hearing meant to examine how Fiat Chrysler handled 23 separate recalls. It was determined that the maker didn’t meet federal guidelines on a number of those.

And even when it did issue recall orders, as required, NHTSA raised concerns about the low rate of consumer follow-up. Only 21% of those owners impacted by a 2013 recall involving Jeeps that can catch fire in rear-end crashes have so far had their vehicles repaired.

(For an overview of the FCA consent order, Click Here.) 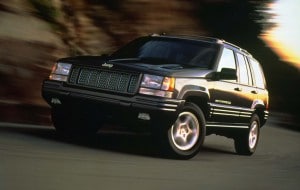 In this case, the automaker will take several steps to either improve the repair rate or take off the road Jeep Grand Cherokees sold during the 1993 to 1998 model-years. SUVs that have not already been repaired will be eligible to receive a $1,000 incentive “over the fair market value of the vehicle,” according to the consent order.

That money will be available to use for the purchase of either a new Fiat Chrysler vehicle, or for parts or service. In other words, the agreement with NHTSA effectively requires those owners to buy something new if they expect to get the maximum payout.

Separately, FCA plans to buy back a wide range of 2008 to 2012 model-year Dodge and Ram full-size pickups, as well as the midsize Dodge Dakota truck and Chrysler Aspen and Dodge Durango SUVs from the 2015 model-years. These vehicles suffer from suspension problems that could cause a sudden loss of steering control.

It has been widely reported that more than 500,000 of these are covered by the consent order. In fact, more than 60% have already been repaired or taken off the road. According to quarterly reports filed with NHTSA, only about 193,000 of the vehicles have yet to be repaired or be repurchased by FCA.

Specific details of the program have not yet been released but are expected to be revealed to owners in the coming weeks. But they are expected to receive some sort of premium should they choose to sell the vehicles back to Fiat Chrysler, rather than having them repaired.

And a source at the automaker acknowledged it is “plausible” dealers will try to get those owners to buy a new FCA vehicle with the money they receive through the buyback.

“If we repurchase them we will resell them after performing the necessary service,” explained spokesman Mayne.

It remains to be seen how FCA will handle the process of putting those vehicles back onto the used car market. In some states, meanwhile, the maker may be required to directly disclose that they were repurchased and then repaired, but it is not clear that will be mandatory in all parts of the country.

“We will comply with all applicable regulations,” said Mayne.