Chevy Aims to Aid Parents to Rein in Teen Drivers 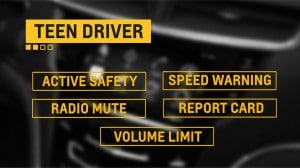 The 2016 Chevy Malibu features Teen Driver, a system that allows parents to monitor and limit their child's driving behavior.

Getting your driver’s license is a rite of passage. But it also brings fear to parents who have to worry about how and where your teen is driving – and who they might be driving with.

There’s good reason to worry. Studies routinely show motor vehicle accidents are the single highest cause of death among teens 16 to 19 who – reports another recent study – are far more likely to be involved in accidents due to distracted driving.

But with the launch of its new 2016 Chevrolet Malibu sedan, the Detroit maker is offering parents a helping hand to “teach” teens to be better drivers. Think of it as a carrot-and-stick approach, suggests Mary Ann Beebe, the lead engineer behind the Teen Driver technology.

“We developed this system so parents could use it as a teaching tool with their kids – they can discuss and reinforce safe driving habits,” Beebe said. “As a mother of two, I know anything that has the potential of keeping one’s family safer is of great value to parents.”

Think of it as an in-vehicle report card, Beebe suggests. Teen Driver does, indeed, help parents monitor what their kids do when they are driving. But it does more than that, acting almost like an onboard nanny. Among other things, it will mute the vehicle’s sound system – including both the radio and other devices it’s paired with – if the driver isn’t wearing a seatbelt. It also will issue a stark audible and visual warning if the car is driven faster than a preset speed.

(Click Here for details on the 10 most annoying car features.)

A parent simply has to set up a PIN control in the vehicle’s system settings to activate Teen Driver. It’s then activated when a special key fob is used to start the vehicle. Among other things, the system allows parents to monitor:

The Teen Driver system isn’t completely unique, however. Ford Motor Co. has its own system, dubbed MyKey. It’s also activated by giving a teen driver a special key fob. The fob activates various nanny features such as limiting the vehicle’s top speed to 80 mph, and repeatedly reminding the driver to buckle up. One of the nicer, parent-oriented features is that it will limit audio volume so it doesn’t shatter the eardrums of whomever gets into the vehicle next.

(To see what makers are doing to one-up each other when it comes to safety, Click Here.)

The Chevy Malibu’s Teen Driver system doesn’t operate in secret. The car displays the fact that a teen driver is being watched and regulated. But it does not monitor where they drive. There are, however, several other new systems – and some aftermarket devices – that allow so-called geo-fencing that will report when a driver leaves a prescribed area. That just might trigger a call from a nervous parent reminding their teen it’s time to head home.