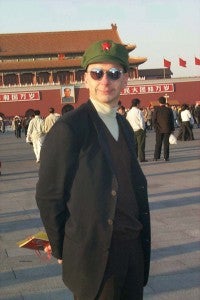 Tom Kowaleski during a 1999 trip to Beijing to show off GM's then-new assembly plant.

The auto industry lost one of its most able and experienced executives this week. Tom Kowaleski, a long-standing PR and Communications guru with an unparalleled track record of success, died January 20, 2015, suddenly and unexpectedly, while hiking near his Scottsdale, Arizona, winter home.  He was 63.

An automotive and motor racing enthusiast through and through, Tom started his career with Renault in the 1970s in the United States, then progressed through increasingly senior positions at Campbell & Company (then Ford’s racing PR agency) before joining Chrysler, General Motors and BMW.

He quickly moved up the communications and marketing ranks at each. During the 1990s he masterminded – with scant substance to support the premise – the rebranding of Chrysler as a progressive and exciting automotive brand both in North America and Europe.

After joining General Motors, he pursued a similarly successful corporate path, eventually rising to Vice President of Corporate Communications during arguably the most turbulent point in GM’s long history, as the corporation descended inexorably towards its 2009 bankruptcy.

Kowaleski left the giant automaker before its collapse, starting his own independent PR and consulting firm. His clients reflected his broad tastes and interests, ranging from Viking, an upscale appliance maker, to Thomas Keller, recognized as one of the nation’s premier celebrity chefs. But Kowaleski’s heart remained in the auto industry. 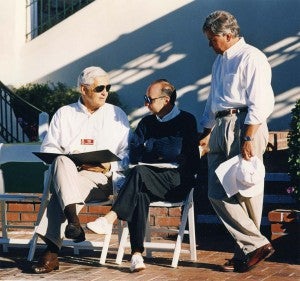 It did not take long for BMW to recognize the unique understanding, knowledge and experience that he presented. Kowaleski was appointed Vice President of Corporate Communications of BMW North America in 2008, a position he held until 2012 when he expanded his own senior level strategic communications counseling agency.

Perhaps it is not coincidental that, as Kowaleski was directly involved in some of the most significant episodes of recent automotive record, he maintained a deep interest and knowledge of automotive history: he was an unflagging supporter of automotive heritage and its relevance to the image and reputation of his automotive clients, often in the face of opposition from his internal clients. He was a great supporter of heritage events, especially the Pebble Beach Concours d’Elegance and the Goodwood Festival of Speed, and the proud owner of multiple classic cars (especially Ferraris and  Porsches).

All the while, Kowaleski maintained an abiding interest in art, design and culture, and their effect on society. He became a Member of the Board of Trustees of the Arthur W. Page Society and, more recently, a supporter of the Walter Cronkite School of Journalism at Arizona State University.

It was the ambition of this Ohio native to transition to teaching the next generation of communications professionals, and he was expecting to serve as a part-time professor at the well-respected Cronkite school in the coming years. 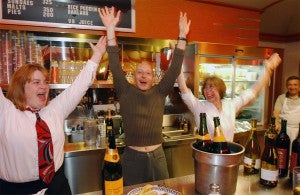 Kowaleski's tastes were broad and eclectic and he was proud to pick up clients such as celebrity chef Thomas Keller with his PR consulting firm. Photo by Joe Polimeni.

There are few, if any, PR experts that have assembled such a broad and impressive personal resume as Tom Kowaleski, and he mentored so many now within the ranks of public relations across the industry. He was legendary for his personal drive, unyielding determination against the odds and his focus on the ultimate goal.

He is survived by his devoted and beloved wife, Diane.

Because of the suddenness of Kowaleski’s passing, no plans are yet set for a funeral. During this time of mourning, his family requests privacy.