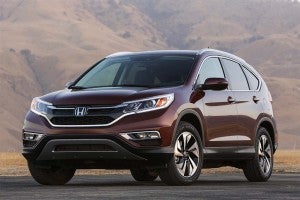 Honda's CR-V helped the Japanese maker to a double-digit sales jump in September.

Larry Dominque, True Car executive vice president, said what was particularly impressive was that the industry managed to continued to grow in September without increasing incentives.

“The daily sales rate is up about 5%,” Dominque noted, “while the ratio of incentives to transaction prices has remained very stable indicating the market is basically healthy.”

Meanwhile, sales of luxury vehicles remained very strong and the top three luxury brands, BMW, Mercedes-Benz and Lexus, all reported sales increases during September. BMW remains the top selling luxury brand in the U.S. BMW sold 236,591 vehicles through in the U.S. through the end of September while Mercedes-Benz has sold 233,211, while Lexus sold 220,683. 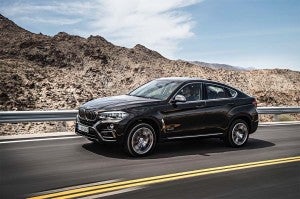 BMW retained its position as the top selling luxury maker in the U.S. through September.

Dominque said that Chrysler clearly benefit from the strong sales of its Jeep brand. Chrysler Group sales increased 19% but Jeep sales were up 47%.

GM also reported strong sales of its new sport-utility vehicles. GM is struggling to keep up with demand for the Chevrolet Tahoe, according to Mark Reuss, head of GM product development, while sales of the Cadillac Escalade more than doubled last month.

Subaru, which expects to sell 500,000 vehicles this year for the first years, also posted a 31% sales increase in September. Hyundai and Kia posted increased sales but Volkswagen continued to see its sales decline.

Ford Motor Co. also continued to lose ground in September as it cutback on truck sales to manage its way through the changeover to the new Ford F-150, which is just starting roll off assembly lines.

“We’re monitoring the market very carefully, and we’re managing our incentives and we’re looking to sell a number of trucks to manage our inventory so we don’t run out too quickly and we’re not left with too many,” noted Erich Merkle Ford sales analyst. “Because it’s a bit of a balancing act as we move through these transitions and the plants go down and the plants come back up and start producing the new 2015 F-150.”

Ford’s sales totaled 180,175 vehicles in September, down 3% from a year ago, although its retail sales of 137,297 vehicles is an increase of 2% compared with year-ago numbers. Ford’s sales numbers were undercut by the maker’s decision to reduce sales of vehicles to rental fleets.

“The downward pull on our sales, really all comes from daily rental, which we have consciously been pulling back throughout this year, as the pricing has gotten more aggressive in the daily rental space, so we have been pulling back on to sell more profitable vehicles through our dealership body,” Merkle said.

Ford sedan sales dropped 6% as the Ford Fusion was the only Ford passenger car to grow sales, by nearly 9%, which was the best year-to-date sales performance for the midsize car since 2005.