Peugeot Mulling Return to the U.S. 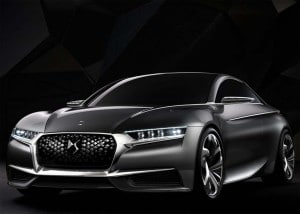 The DS Divine Concept offers a hint of the distinctive French styling Peugeot could bring to the U.S.

It’s been more than two decades since Peugeot pulled out of the U.S. market, a decision it has openly regretted ever since. But now, after years of mulling its options, the struggling French maker appears ready to stage a return.

Several top officials discussed their options during appearances at the Paris Motor Show in recent days, and the indications are that any revival would likely focus on Peugeot’s most exclusive brand, DS. The maker gave a hint of what Americans might expect with the unveiling of the new Divine concept car at this year’s auto show.

“We want to make DS a global premium brand, and you cannot be global without the U.S.,” Yves Bonnefont, the CEO of the highline brand, told trade journal Automotive News.

PSA Peugeot Citroen has signaled a possible return to the American market a number of times over the years, never following through.  That was one of the unmet goals of a short-lived joint venture Peugeot entered into with General Motors several years ago.

(How low can you go? European automakers face heavy pressure to cut emissions, boost mileage. Click Here for the story.)

But there are reasons to believe the maker is serious this time.  It has been struggling to emerge from one of its worst financial disasters ever, the founding Peugeot family relinquishing control in return for a bailout. 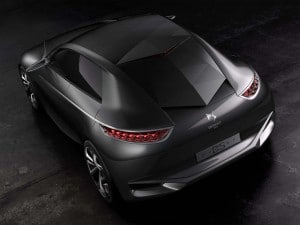 Citroen spun off the highline DS brand in 2010.

CEO Carlos Tavares – formerly the second-in-command at French rival Renault, and previously head of Nissan’s U.S. operations – is well aware that today’s global reality requires a presence in all major markets in order to develop the necessary economies of scale.

His “Back in the Race” revival plan envisions the rebuilding of all three brands, Peugeot, Citroen and DS, so they can “operate anywhere in the world,” he said during a Paris briefing.

(Live from Paris…Click Here for complete coverage of this year’s auto show.)

But officials suggested that a U.S. revival would focus on DS, the most exclusive of the brands in the PSA Peugeot Citroen family. The name is meant to evoke the legendary DS models of decades past – at the time some of the world’s most technically sophisticated vehicles offering such cutting-edge features as a hydraulic suspension.

Citroen spun off DS as a separate brand in 2010 to handle some of its most elite models. It currently has five different product lines that, while sharing platforms with other Peugeot and Citroen models, tend to command significantly higher prices. Since the launch, the maker has sold about 500,000 DS-badged vehicles.

Peugeot is apparently hoping the distinctive styling of the various DS models will stand in stark contrast to the familiar designs of leading German brands like Mercedes-Benz and BMW.

Brand chief Bonnefont cautioned Peugeot may not decide on whether to bring DS over to the U.S. for several more years, adding that the first model to reach U.S. showrooms would likely make the trans-Atlantic jump until 2020.

There are a number of other issues PSA Peugeot Citroen has to deal with first, according to CEO Tavares. It wants to refocus and reduce its total product line-up, bring its overall operations back into the black, and modernize its manufacturing operations.  Those are tough targets, particularly considering the stubborn recession in the home market of Europe.

Industry analysts remain skeptical about the DS plans for the U.S., noting the high cost of entering the American market. Hyundai, which sells several high-line models, such as the Equus and Genesis, decided not to launch a separate luxury brand because the cost of establishing a dealer network and then advertising the brand could have cost it several billion dollars.

It remains to be seen if Peugeot will be able to make those numbers add up by the time it has to make a formal go/no-go decision.