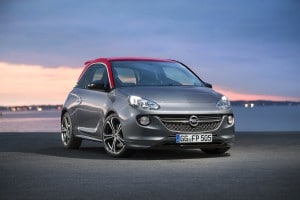 Just hours after GM CEO Mary Barra told the world the maker expect to be profitable in Europe in 2016, Opel is showing off four vehicles that are expected to get it into the black, starting with the new Adam S.

Not Corvette fast, but when combined a specially tuned chassis for nimble handling and plenty of low-end torque, getting through bustling city streets will be a breeze. Add in a race-inspired exterior and an infotainment system that is fully compatible with latest smartphones using both Android and Apple iOS, enabling Adam drivers to be fully connected with safe and easy-to-use technology, you get a package with a lot of appeal.

Opel will start taking orders in November and it will be at dealers from the beginning of 2015. 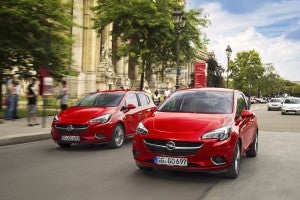 Opel's new Corsa is laden with advanced safety technology as well as a superior infotainment system.

(Opel to take over European operations from GM. For more, Click Here.)

“The four world premieres represent the consistent continuation of our model and powertrain offensive,” said Dr. Karl-Thomas Neumann, Opel Group CEO. “The new Corsa and Adam S are attractive additions to our portfolio and our new high-tech engines are at the forefront of current diesel technology.” 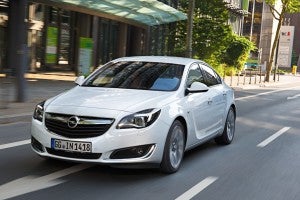 The new Opel Insignia is now powered by a more powerful diesel engine putting out 170 hp.

The new Mokka 1.6 CDTI turbo diesel has been nicknamed the “whisper diesel,” according to Opel. The new four-cylinder replaces the current 1.7-liter diesel in the Mokka line-up. It also put out more horses – 136 hp, up 6 hp – than the outgoing version while being extremely economical.

(To see more about the strong September auto sales in the U.S., Click Here.)