Millennials Move from Cars to SUVs – Just Like Their Parents

Conventional wisdom would suggest that Millennials would rather sit at home playing videogames and texting, and if they do buy a car, they’re likely to opt for something small, preferably with a battery.

As is so often the case, however, the prevailing sentiment is wrong, as several new studies reveal. Not only are Millennials buying cars in ever-larger numbers, but they’re opting for roomy crossovers and sport-utility vehicles, much like their parents.

One likely explanation, according to Chris Travell, a vice president at Maritz Research, is that they want vehicles that can carry more of their stuff.

It also helps, of course, that the economy is improving, allowing Gen Y shoppers to opt for something more than a basic econobox. And, with the oldest of the generation now entering their early 30s, many are starting families — moving back to the suburbs Gen-Y had initially rejected – so they need to carry “stuff” for their own kids, as well.

(Millennials reshape the car-buying process. Click Here to find out how.)

Numbering about 74 million, Millennials make up the largest generation in America today. In terms of car buying, they’re still well behind Baby Boomers, but a separate study released earlier this month by data tracking firm AutoTrader found that Gen Y now is collectively purchasing more vehicles than older Gen Xers, and forecast Millennials will account for 40% of new car purchases by 2020.

Echoing those findings, Maritz found half of all Millennials expect to buy a vehicle sometime during the next four years, and the vast majority – about 80% — want something new, not used.

“Millennials are an important group of buyers in the industry today,” said Travell, adding that this is, “not just in terms of sheer size. They are also helping to refine the vehicle shopping and ownership experience.”

“These younger buyers are much more connected than previous car buyers,” stressed Travell, adding that the manufacturer who offers the right mix of high-tech features “resonates with Millennial buyers.”

Passenger cars remain the overall top choice for Gen Y, especially smaller vehicles, such as a Toyota Corolla or Ford Focus. But the percentages are tumbling. Compacts were the cars of choice for 13.2% of the generation in 2008, according to Maritz, but just 9.7% according to the latest study.

Meanwhile, crossovers and SUVs were picked by a growing number of Millennials. Smaller vehicles, such as the Nissan Juke, were the vehicles of choice for 7.5% of the survey group, up 1.1 percent points since 2008. Large SUVs, such as the Hyundai Santa Fe, meanwhile, picked up 1.7 percentage points.

That’s particularly good news for Ford Motor Co., which jumped from being the fourth-ranked brand among Millennials to first in the latest study, thanks to vehicles such as its compact Focus, small Escape crossover and midsize Explorer SUV.

(They may be driving more, but Millennials are fueling a surge in public transportation, too. Click Herefor the story.)

Automakers have been looking for ways to tap the surge in Millennial car shopping with products designed especially for the young generation, such as the upcoming Jeep Renegade. And some of the biggest opportunities could come in the luxury segment, according to Maritz, which found Gen Y particularly interested in luxury brands.

Mercedes-Benz has scored an out-of-the-park home run with the new compact CLA model, and hopes to repeat that success with the new GLA compact crossover it will launch in 2015.

Whether Millennials will follow up on the generation’s professed interest in environmentalism remains to be seen, though automakers do note that Gen Y ranks fuel economy among the top attributes for choosing a new vehicle. As for battery-cars, sales are low, but as young motorists grow older and raise their income levels, studies show demand could increase – especially if carmakers, in turn, are able to cut the price premium for these zero-emissions vehicles. 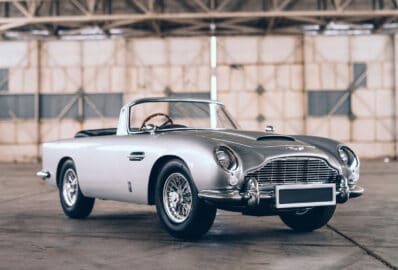