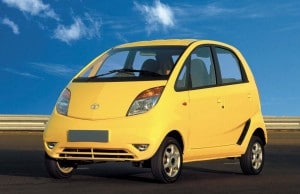 Regulators in India have levied more than $400 million in fines against 14 local and international automakers accusing them of intentionally overcharging for spare parts.

The move follows similar anti-monopoly actions in China that saw makers such as Mercedes-Benz accused of overpricing as a way to boost profits at the expense of vehicle owners.

As many as 20 million Indian consumers were impacted by the practice of boosting prices for spare parts and aftermarket accessories, according to the country’s Competition Commission. The practice was made worse by the “denial of market access” to independent repair shares seeking both factory-authorized parts and diagnostic tools.

That has been a complaint echoed by independents in a number of countries, including the United States, in recent years.

The investigation began in 2011 and initially focused on Honda, Volkswagen and Fiat, but has since expanded to include a virtual Who’s-Who of manufacturers operating in India. In fact, the biggest fine of 13.46 billion rupees, or $222.2 million, was levied against local automotive giant Tata Motors, while Indian manufacturers Hindustan Motors and Mahindra & Mahindra also were fined.

Foreign brands that were penalized include Toyota, Volkswagen, Skoda, BMW, Mercedes, Fiat, Ford, General Motors and Nissan. The fines were the equivalent of 2% of the average annual income each of the companies made during a three-year period ending in 2010.

For its part, Mahindra said it “proposes to appeal” the ruling. It’s not clear how many others may take similar steps.

The Indian automotive market is the world’s sixth-largest and, by some estimates, could grow at a pace rivaling that of China, now the number one motor vehicle market worldwide. However, growth has not been as rapid as many anticipated, and India’s car industry was hammered by a recent economic slowdown.

(India’s much-beloved Ambassador limo finally reaches the end of the road. Click Here for the story.)

China’s market has also slowed slightly but continues to expand at a pace far more rapid than in most of the rest of the world. Booming demand has been helped by sharp cuts in new vehicle prices in recent years, reflecting the country’s increased competition.

But regulators have complained that manufacturers were recovering lost margins at the expense of owners needing to replace parts. Last week, 12 different Japanese parts manufacturers were fined $200 million for fixing prices, while a number of automakers have faced fines. Others, including General Motors and Mercedes-Benz are now in the midst of investigations. Some companies have complained that Chinese regulators are targeting foreign brands to help struggling local manufacturers.

Price-fixing has been an issue that has also caused legal issues in the United States. More than a half-dozen Japanese companies have already been fined by the U.S. Justice Department, including safety systems supplier Takata, which has also seen several of its executives sentenced to serve jail time for their part in bid-rigging and price-fixing schemes.

(Volvo may become first automaker to import cars from China to the U.S. in 2015. Click Here for the report.)