The 14 Worst Cars of the Decade

Vehicles that make us scratch our heads and ask: Why? 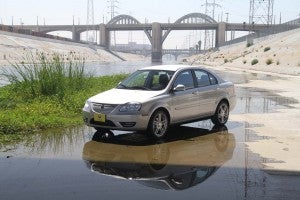 About to sink without a trace: the Coda battery sedan didn't last much longer than the media test drive.

There’s a lot to like when it comes to the latest cars, trucks and crossovers. Today’s vehicles are, to the large degree, better than ever.  Intense competition translates into more striking and creative designs, improved fuel economy, better performance and far more features.

That said, a few stinkers still slip through, models that have you wondering who was on vacation when they came up for approval. We have our own list of lemons. And by that we don’t necessarily mean they had reliability issues, but that they were plagued by bad designs, poor performance, minimal utility, unjustifiable price tags or, yes, quality problems.

We raised the question with a number of our colleagues to see what products landed on their list and found that a few, like the Pontiac Aztek and Acura ZDX, came up time and time again. Others were surprising. Indeed, some of our favorite products were listed at losers by media colleagues – and vice versa. So, we expect some of our readers will also question our judgment, perhaps our sanity. But here’s our list of the 14 worst cars of the past decade. 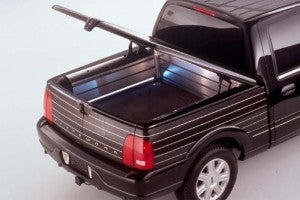 The Lincoln Blackwood's power cargo lid was low enough to crush the top of grocery bags.

In reality, our list could run far longer.  There’s a long line of additional candidates that have had many of the attributes of failure – whether poor styling, lack of utility, lousy performance, limited features, or price tags that didn’t reflect reality.

Among them are the small Saturn Ion sedan, the boxy Nissan Cube, the striking but poorly executed Cadillac XLR, the bulbous Jeep Commander, the over-styled Isuzu Vehicross the ungainly Toyota Echo and the Lincoln Blackwood, a luxury pickup that answered a question no one asked.

What’s significant is that virtually every automaker, large or small, mainstream or luxury, domestic or import, has occasionally missed the mark and delivered a vehicle that’s left us scratching our heads and wondering why.