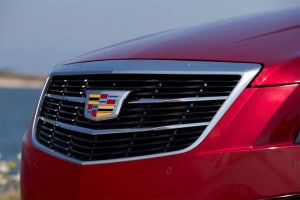 The new Cadillac crest - minus the wreath - debuts on the 2015 ATS Coupe.

“New product is the lifeblood of any brand,” said Jim Vurpillat, the marketing director for Cadillac, as he took a break during a media drive of the luxury maker’s new ATS Coupe.  He and the rest of Cadillac’s management team certainly have to hope so after the unexpected slide the General Motors division has taken so far this year.

The ATS Coupe, a new line of performance models, a flagship sedan, a compact crossover and other new products are moving their way through the Caddy pipeline. But the brand could see the pace of that rollout accelerate in the near future under the guidance of a new global brand boss who will officially join the Caddy team later this week.

Johan de Nysschen, most recently the CEO of Nissan’s Infiniti division and before that head of Audi of America, was brought in as part of a plan to give Cadillac more independence from GM. And company insiders suggest that the South African-born executive negotiated a deal that will also give Caddy more of the product it needs to compete against aggressive German rivals Mercedes-Benz, BMW and Audi, as well as Infiniti, Lexus, Lincoln and luxury upstart Hyundai.

“If you look at the brands Cadillac is competing with, they have a tremendous range of model offerings as they’ve sliced the cheese ever thinner in a finite market,” said Joe Phillippi, senior automotive analyst with AutoTrends Consulting. 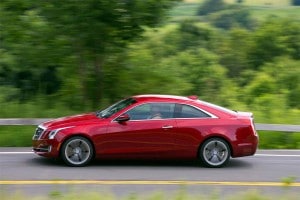 Indeed, Steve Cannon, the CEO of Mercedes-Benz USA, recently noted his parent company’s plans call for the roll-out of at least 20 new models by the end of the decade, “about one every quarter.”

(For more on de Nysschen’s move to Cadillac, Click Here.)

Even today, Cadillac has fallen way behind, measured by both sales and market count, despite the addition of several key products over the last two years. That includes both the big XTS, the ELR plug-in hybrid and the maker’s first compact model in decades, the well-reviewed ATS sedan. Despite generally solid reviews – many comparing the ATS favorably to the benchmark BMW 3-Series — Cadillac has been in a slump this year. Sales rose a meager 0.1% last month, well behind the pace of the overall market recovery. And for the calendar year through June demand dipped 1.9% compared to the first half of 2013.

Why is a matter of debate. It certainly hasn’t helped to have the competition flooding the market with offerings as diverse as the all-new Audi A3, completely redesigned BMW 3-Series and new Mercedes S-Class. Analysts also fault Cadillac for getting too aggressive on pricing its new offerings, the ATS coming a bit too close to its German rivals without having the necessary brand prestige.

Caddy planners are being a bit more cautious with the 2-door version of their compact model, the ATS Coupe starting at $38,990, compared to $41,425 for the new BMW 428i. Whether that’s enough of a gap will become apparent in the months ahead. But the U.S. maker is optimistic. At its peak, the 2-door version of the Cadillac CTS accounted for a quarter of the sales of that bigger model. Marketing chief Vurpillat is hoping the ATS Coupe will generate similar results. 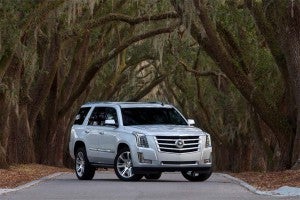 The new 2-door will reach showrooms months after the debut of an all-new version of the massive Cadillac Escalade, which is delivering the solid results the GM brand needs. It has nudged past the big Mercedes GL to become the sales leader in the highly profitable full-size luxury SUV segment, demand running about 3,300 a month.

(Sales in a slump, Cadillac loses another senior exec. Click Here for more.)

But the real volume line could prove to be the compact crossover Cadillac is readying. Small CUVs make up one of the fastest-growing luxury niches, and it’s a gap Caddy has to fill as it competes with offerings as far flux as the BMW X3, the new Lexus NX and the Lincoln MKC.

“Now we’re ready to tick off some of the boxes,” said Cadillac communications director David Caldwell, hinting at the products yet to come.

While Cadillac won’t go into specifics, various officials have confirmed the brand will roll out:

In his new role as Cadillac’s global chief executive, de Nysschen is expected to look to still more opportunities, and will likely use his experience at Audi, more so than at Infiniti, to choose which gaps to fill in the years ahead.

“We have some deep immersions planned” to discuss such opportunities, noted Caddy’s Vurpillat. “I expect him to put his mark on the brand,” he added, noting, “That’s what he was brought in to do.

Industry sources say de Nysschen left Infiniti after barely two years because he was frustrated by not getting the autonomy and resources he sought. He is believed to have demanded – and been given – extensive power to shape the Cadillac line-up going forward. It will take a few years for him to stamp his mark on the brand, but the good news is that he’ll at least have some critical new products already in the works when he begins his new role on August 1st.