Volvo May Begin Importing Cars from China in 2015

S60L would target the U.S., while XC90 would be shipped to Russia. 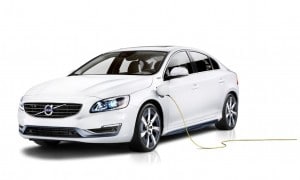 Volvo recently unveiled a plug-in hybrid verson of the S60L at the 2014 Beijing Auto Show.

Now owned by Chinese domestic automaker Geely, Volvo is determined to reverse several years of slumping sales, even as it ramps up production at a new factory in Geely’s home town of Chengdu. The Swedish brand is in the midst of rolling out an assortment of new products and, according to a Reuters report, could begin shipping a long-wheelbase version of its S60 sedan to the U.S. by late 2015.

Senior Geely and Volvo officials had hinted of their interest in exporting to the U.S. during a visit by TheDetroitBureau.com to the new Volvo Chengdu plant in 2013, but at the time they had not set a hard date on such plans.

Geely acquired Volvo from Ford Motor Co. four years ago, a move that surprised some observers. But others saw it as a logical move by a Chinese manufacturer intent on learning how to turn itself into a global car company. A number of automakers from the People’s Republic have outlined plans to enter the U.S. market, some even putting products on display at the Detroit Auto Show in recent years. Geely rival, BYD, has even set up a U.S. headquarters in Los Angeles. But so far, none of the makers have made the trans-Pacific jump.

So far, a few Chinese makers have been able to target emerging markets, such as Brazil, and Honda briefly shipped its little Fit model from China to Canada while it was preparing to launch production at a new factory in Mexico.

A handful of Chinese vehicles were outfitted with U.S.-made electric drive systems and sold by the now bankrupt Coda.

But Volvo could become the first to make a serious effort to turn China into an automotive export base. Along with the S60L earmarked for the U.S., Reuters says it would like to also ship a Chinese-made version of the XC90 crossover-utility vehicle to Russia.

(GM bans certain words from employee lexicon. To see some of the words, Click Here.)

“Volvo is a dream brand for me,” Chinese tycoon Li Shufu, the founder of Geely, told TheDetroitBureau.com during an interview in Chengdu. Li had long been stymied in his efforts to turn Geely into a global brand, prompting his decision to buy Volvo in 2010.

(Click Here for details on Ford Escape leading the “most stolen” pack.)

Reuters quoted both an unnamed executive, as well as Volvo global head of media relations David Ibison as confirming the company’s export plans, although Ibison said the timing and target markets had yet to be decided.

(To see the Bentley Continental GT3-R and its performance upgrade, Click Here.)

The Volvo S60L and the standard-length S60 are being produced at the Chengdu plant. The XC90 will roll off a second plant, in the northeastern Chinese city of Daqing, which is just ramping up production now.

The majority of the vehicles Volvo plans to produce at those plants would still be earmarked for the booming Chinese market, however. In fact, strong domestic demand has been one of the reasons other manufacturers say they have not been pushing to develop potential export opportunities.