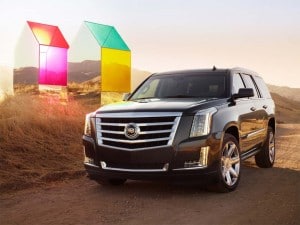 General Motors was a major beneficiary of the trend as the inventories of new utility vehicles such as the Cadillac Escalade, GMC Yukon and Chevrolet Suburban remained tight because of the strong demand as GM overall reported the best sales since the collapse of the Lehman Brothers in the autumn of 2008. 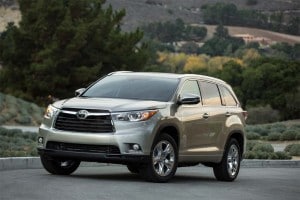 The Toyota Highlander enjoyed a strong sales month in May, pushing Toyota to an overall sales increase.

“Our Jeep sport-utility vehicles and Ram pickups continued to do well in May as our dealers reported brisk May sales over five weekends and the Memorial Day holiday,” noted Reid Bigland, head of U.S. Sales.

Despite the ongoing recall controversy, GM reported a 13% increase in sales compared with a year ago, marking the company’s best May in seven years and its best total sales since August 2008. A big chunk of the increase came from the strong sales of the new utility vehicles that GM introduced during the winter.

Kurt McNeil, GM’s U.S. vice president of sales operations, said, “The momentum we generated in April carried into May, with all four brands performing well in a growing economy and 17 vehicle lines posting double-digit retail sales increases or better.”

Ford posted a 3% increase from a year ago despite predictions that the company’s sales would fall during May.

“Fusion and Escape had their best months ever, which helped us to our strongest May result since May 2004,” said John Felice, Ford vice president, U.S. Marketing, Sales and Service. “Explorer continued to gain ground in the midsize utility segment with its best monthly sales performance in nearly 10 years, while Lincoln MKZ saw its best May ever,” he said.

Among the Japanese automakers, Nissan led the way with a 19% sales increase, while Toyota’s sales jumped 12.6, while Honda went up 4.5%.

Kia reported a 15% increase and Hyundai sales were up 3.7% during May.

(Click Here for details about the early May sales reports.)

Part of the healthy sales relied on the availability of credit and lower prices.

(To see more about the UAW asking for a dues increase from members, Click Here.)

“Credit conditions are making it easier to buy or lease a new car,” said Edmunds.com Senior Analyst Jessica Caldwell. “Shoppers are opting for longer terms at lower interest rates. In other words, they’re able to afford more expensive cars by keeping their monthly payments at or near what they’re used to paying.”

But there are limits, analysts said.

Richard Curtin, director of the University of Michigan-Reuters survey of consumer sentiment, said consumers are worried about the limited bleak for wage growth. Small wage gains meant that nearly half of all households anticipated declines in inflation-adjusted incomes during the year ahead. Overall, the data are consistent with gains in real consumer expenditures of 2.5% during 2014, Curtin said.