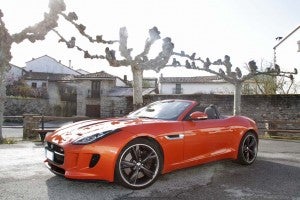 Jaguar's advertising campaign for the F-Type Convertible has been a hit in the U.S. and is drawing new customers to its showrooms.

When the Jaguar’s F-Type Convertible was unveiled, it created a lot of buzz with upscale car aficionados. Those types of vehicles are often produced to make a statement and draw attention to a brand.

If that was Jaguar’s plan, consider it mission accomplished in the U.S. as F-Type Convertible is boosting traffic in Jaguar’s showrooms across the country and boosting sales of all Jag models. 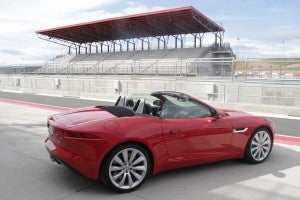 Jaguar sales are up 14% in the U.S. since the first of the year, according to the company’s latest sales report. Sales in Canada also have increased 33%. Not only is helping sales, but it’s bringing in a different type of customer.

The F-Type is bringing in a younger, wealthier customer into showrooms. The demographics are beginning to approach those of Porsche, the dominant purveyor of sports cars n the U.S., according Tim Phillippo, Jaguar product line manager.

He added that Jaguar’s product pipeline is now filling up with new, attractive vehicles that should bring even more youthful customers into showrooms. After years wandering in the automotive wilderness, Jaguar is looking forward to steady growth in North America, he said.

Sales for the F-Type are relatively small, only about 1,100 units, but Jaguar expects that number to more than double in the coming months with the arrival of the sexy Jaguar F-Type Coupe. Dealers are just now are beginning to take delivery of the new F-Type Coupe.

In May alone, F-Type sales for 431 units, dramatically up from 159 units in 2013 when the convertible was launching. With the new version of the F-Type reaching showrooms, Coupe totaled 236 units and Convertible sales hit 195 units. The 60-second spot, “Rendezvous,” has become Jaguar USA’s most popular YouTube video ever with 11.5 Million views.

(Click Here for a contrarian’s take on the GM ignition controversy.)

Lindsay Duffield, president of Jaguar Land Rover of Canada, said the success of the F-Type Convertible and Coupe demonstrates what the capability of rejuvenated company, which is in the process of spending upwards of $5 billion annually on product development.

Like the Convertible, the Coupe is made of aluminum, but the structure has been stiffened, which helps improve the car’s impressive driving dynamics out on the road. In addition, the Coupe design is sleek and distinctive buy prices start at $65,000, but the F-Type R equipped with a 5.0-liter, 550 horsepower V8 engine and ceramic brakes will sell for $99,000 in the United States.

(To see more about why the data doesn’t back the $10B suit against GM, Click Here.)

The F-Type Coupe’s design with its fastback roofline also is winning praise and succeeds in giving the Coupe its own distinctive character that sets it apart from the F-Type convertible, according to Phillippo, adding Jaguar’s “British Villains” marketing campaign is also catching on.

“There’s a lot of goodwill towards British culture right now,” he said.