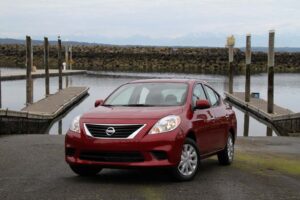 NHTSA is investigating 360,000 Nissan Versas from 2012-2014 for unintended acceleration issues.

In the case of the Versa, the National Highway Traffic Safety Administration (NHTSA) is reviewing complaints that an interior trim panel is causing unintended acceleration. The query impacts 360,000 Versa, Versa sedans and Versa Notes from 2012 to 2014.

According to the four complaints, the trim piece catches the edge of a driver’s shoe, trapping the foot and interfering with the ability to use the brakes. Nissan officials said the maker will cooperate with the investigation.

Separately, investigators are looking into complaints on 260,000 Ram 1500 trucks from model year 2005. The agency has received 15 complaints about rear axles that can lock up on the trucks put the vehicle into a spin.

According to the complaints, it has happened to seven drivers traveling at speeds in excess of 50 mph. Two of those went into a spin, but not crashes or injuries have been reported. Loose pinion nuts are suspected to have caused the problem, the government agency said.

Both are at the investigation stage, but could be elevated to recalls based on the results of the queries. The investigations come as U.S. automakers set a new single-year record for recalls today with nearly 39 million recalls. GM’s recall of 7.6 million vehicles in six actions today drove the industry past the previous record of 33.01 million.