Average Age of US Vehicles Remains at All-Time High 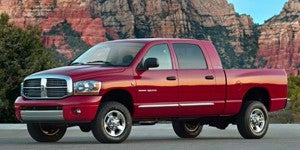 Americans are still keeping their cars and trucks for more than 11 years, according to a recent survey.

While automakers are enjoying robust sales of new cars and trucks in 2014, it would seem plenty of Americans continue to enjoy the same vehicle they’ve owned for more than a decade, according to a new survey.

The average age of cars and trucks in the U.S. remains at an all-time high of 11.4 years as of Jan. 1, according to IHS Automotive and its Polk subsidiary.

“In our history of tracking, we have seen a gradual increase in the average age of vehicles on the road,” said Mark Seng, director of aftermarket solutions at IHS Automotive, in a statement. “This year, we’re seeing somewhat of a plateau in the market, and expect it to remain over the next few years.”

While that’s still at the highest levels since Polk started following the numbers, it is unchanged from last year. The only is one alteration: trucks have hit the same age level as cars.

While sales, which are expected to exceed 16 million units this year, are strong, new cars joining the fleet aren’t being offset as much by higher scrappage rates of old cars. In other words, old cars are lasting longer.

Looking ahead, IHS forecasts that average age of vehicles is likely to remain at 11.4 years through 2015, then rise to 11.5 years by 2017 and 11.7 years by 2019. This rate of growth is slowing as compared to the last five years due to the substantial increase in new vehicle sales.

(Click Here for more about the rising use of aluminum in pickup trucks.)

IHS also believes the volume of vehicles 0-5 years old will increase by 32% over the next five years while vehicles in the 6-11 year-old category will decline by 21%. Because of improved quality and consumers holding their cars and light trucks longer, vehicles 12-plus years old continue to grow and will increase by 15% by 2019.