Automakers Charged Up About Electric Turbochargers

Audi, Peugeot, Acura among those reportedly considering the new technology. 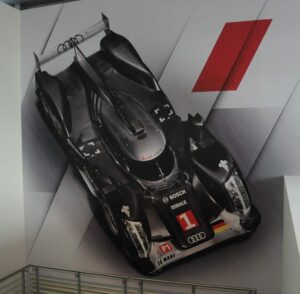 Audi used an electric supercharger in the R18 race car that recently won the 24 Hours of Le Mans.

With stiff new emissions and mileage mandates looming over the auto industry, manufacturers are desperately looking for ways to increase fuel economy without sacrificing performance, and one of the most promising approaches is to go with downsized engines while bolting on turbos or superchargers to recover lost horsepower and torque.

But “blowers” have their own problems. Superchargers actually rob power during less aggressive driving, while turbos typically have a problem with lag at low RPMs. That’s led a number of manufacturers and suppliers to consider high-tech alternatives, electrically powered blowers that wouldn’t waste power or make you wait for them to kick in.

Long in development but short in production, we may soon see finally see electric turbochargers or, if you prefer, electric superchargers land in showrooms in the next couple of years. French supplier Valeo says it has a contract with a “major” European automaker that would put one into production by 2016. And while Audi is short on specifics, a senior exec is suggesting it’s working on its own “e-boost” system. 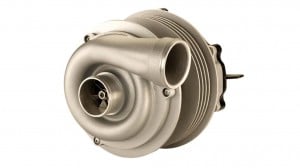 Valeo's electric turbocharger provides plenty of power without drivers having to suffer through "turbo lag."

Some makers like to say they’ve already launched electric turbochargers, but they’re stretching the definition. The BMW i8, for example, has a complex drivetrain that includes two electric motors and a turbocharged 3-cylinder gas-powered engine. The smaller motor, mounted up front, primarily serves as the plug-in hybrid sports car’s starter. But in Sport mode, or when the driver’s foot slams to the floor, it can kick in about 10 extra horsepower while the conventional turbo “spools up.”

The benefit here – and on other battery-based models, such as the Porsche Panamera plug-in, is that electric motors develop peak torque the moment they start spinning, so they can give an added bit of launch boost while the turbocharged gas engine is building power.

But a true electric turbocharger – or supercharger – operates much more like a conventional, mechanical device, boosting pressure inside the engine, essentially turning a small-displacement block into a bigger one. A regular turbo does that by channeling exhaust gas to spin up its fan blades. A supercharger spins by drawing power from the crankshaft. The electric alternatives use motors to spin the fan blades.

“I can confirm we are working on the development of the e-boost definitely,” Ulrich Weiss, Audi’s diesel engine boss, told Australia’s Drive magazine.

In fact, the luxury arm of Volkswagen AG has already been using an electric supercharger in the R18 race car that recently won the 24 Hours of Le Mans. In that case, it relied on an intriguing regenerative energy system that transformed waste heat from the engine into electricity.

A similar system was shown in Audi’s RS5 TDI Concept vehicle, paired with a 3.0-liter twin-turbo V-6. An electric supercharger was added to offset the diesel’s turbolag. But several reports suggest Audi may put the concept into production in its upcoming update of the big Q7 crossover-utility vehicle.

“Be sure that Audi will bring it to the market,” Weiss promised Drive. “Maybe it will be not this year. But it will be very soon.”

The question is whether Audi would be first. Valeo didn’t identify what maker it is partnering with for its own electric blower, but Autoline: Detroit noted that a video released by the supplier showed a Peugeot badge.

Another maker that could be interested: Acura, which will use an electric blower on the prototype NSX it plans to run during the Pikes Peak International Hill Climb later this month. Acura officials recently told TheDetroitBureau.com that there will be a turbocharger on the new plug-in hybrid supercar, but it wouldn’t provide details, and it remains to be seen if it might opt for an electrified blower paired to the two-seater’s V-6.

While there is also interest in recapturing waste heat – almost a third of the energy produced and lost by an internal combustion engine – near-term electric charging systems will more likely use a hybrid-like process to store and re-use energy from baking and coasting. Valeo’s system will use a downsized 48-volt battery and the claim is that it can deliver full boost in just 300 milliseconds, far faster than even the best mechanical blowers now on the market.