Auto Quality Problems on the Rise, According to Latest J.D. Power IQS 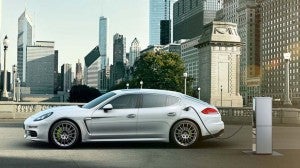 Cars like the Porsche Panamera helped position the German maker as the top brand in the 2014 IQS.

While they’re not necessarily connected, the sudden surge in recalls this year comes at the same time the overall quality of new cars, trucks and crossovers has shown an unexpected decline, according to the latest, widely followed J.D. Power Initial Quality Study.

Automakers seem to be having a lot of trouble getting all-new vehicles into production without launch problems, noted the 2014 IQS. Some of the biggest headaches are the result of the latest high-tech gadgetry that has becoming a must on today’s new vehicles. But the report also suggests that the harsh weather that has plagued much of the country over the last year has contributed to some of the problems, especially when it comes to engine and climate control systems.

“Automakers are trying to give consumers the new features and technology they want without introducing additional quality problems into their vehicles,” said David Sargent, vice president of global automotive at J.D. Power. “However, almost all automakers are struggling to do this flawlessly with some consumers indicating that the technology is hard to understand, difficult to use, or simply does not always work as designed.” 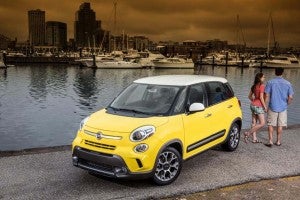 Fiat lagged the industry in the 2014 IQS.

The biggest increase came mainly in the high-tech area, primarily with voice recognition, Bluetooth pairing and audio systems. Infotainment systems have accounted for the majority of problems registered by Power’s Initial Quality Study for several years.  Ford Motor Co. has been particularly hard hit by issues with its Sync-based technologies, the flagship Ford brand lagging in 16th place among the 32 marques in the latest study. Its Lincoln brand managed a 10th-place finish.

Ford “took the bullet for the rest of the industry,” suggested Sargent, entering the infotainment world early and making mistakes that competitors have since tried to avoid. On the positive side, he noted, Ford has been “solving” a number of problems, the latest version of Sync and its MyFordTouch and MyLincolnTouch technologies working faster and more smoothly and helping the two brands improve their IQS rankings this year.

That said, traditional mechanical systems have also had problems, particularly in those parts of the country that have suffered from excessively warm or cold weather, noted analyst Sargent, who said that helps explain why buyers in the Midwest and Northeast reported the biggest increase in vehicle problems.

“Heating and ventilation systems have more work to do, engines and transmissions aren’t as smooth when cold, and exterior moldings and paint all take some punishment,” he explained during an appearance at the Detroit Automotive Press Association. “Consumers generally understand this but still report problems when their vehicle does not wholly live up to their expectations.”

Among individual manufacturers, Porsche ranked tops in the 2014 IQS, with a score of just 74 problems per 100 vehicles – where the lower the score the better.  That compared with 87 PP100 for second-ranked Jaguar and 92 for Lexus, the long-time leader which slipped into third in the 2014 study.

Among perhaps the most notable achievements was Hyundai’s climb to fourth, with a score of 94, just behind Lexus and the highest rank of any mainstream brand. Toyota rounded out the Top Five at 105 PP100.

The industry average, according to the latest Power IQS was 116 problems per 100 vehicles.

Fiat landed dead last on the list, with a score of 206, nearly double the industry average. Jeep, second from the bottom, had a relatively modest 146 problems, just behind Mitsubishi at 145.

With its Chevrolet division taking sixth position, the embattled General Motors fared surprisingly well in the latest Power study, nabbing more individual segment awards – for models including the Chevy Silverado pickup and Malibu sedan – than any other manufacturer.

“We are committed to providing customers with the highest levels of safety, quality and an exceptional ownership experience,” said Alicia Boler-Davis, senior vice president GM Global Quality and Customer Experience, in a statement. “Having the most award recipients of any automaker shows that we are on the right track by putting the customer front and center in everything we do.”

Hyundai and sibling Kia topped the list in five segments, while Ford, Nissan and Porsche led in three. The Porsche Panamera, said Singer, had the single-lowest number of problems of any model covered by the 2014 IQS.

GM led in segment wins in the 2013 Initial Quality Study, as well. And it has landed at or near the top in a number of other recent studies of short- and long-term quality, as well as customer satisfaction – which suggests that safety-related recall issues aren’t always indicators of overall vehicle quality. Or of sales, as GM continues to increase its sales, ahead of the industry overall, despite having recalled nearly 18 million vehicles so far this year.

“Any correlation between this survey and a recall is pretty much nonexistent,” noted Sargent. “Recalls are a pretty poor measure of quality.”

One fact that has shown up year after year in the IQS is a correlation between the launch of a new or significantly redesigned product and an increase in quality problems. That was true this year for such models as the 2014 Acura MDX and Jeep Cherokee, among others, Power data showed.

Despite the modest decline in quality shown by the 2014 IQS, makers are well ahead of where they were a decade ago. And the gap between leaders and mid-pack brands has narrowed sharply. That said, quality has a significant impact on consumer perception – and particularly on brand loyalty, according to Power’s Sargent, who said the IQS results “correlate strongly with ultimate repurchase behavior.”

Among those who report no problems with their vehicles, 57% typically return to the same brand when trading in, Power has found. For those experiencing one problem, the number falls to 53%, while brand loyalty dips to 48% among those who had two or more problems.