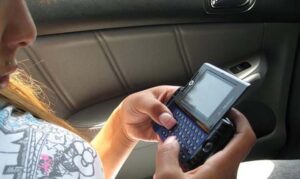 Americans appear to be taking a harsher view of what constitutes distracted driving, although they're not as stringent with their own behavior.

The increase in what Americans define as dangerous behavior while driving continues to become more stringent, but their resolve to stop these behaviors isn’t growing at the same rate.

A recent Harris Poll shows that people are taking a harsher view on drinking while driving and distracted driving. In fact, 94% of Americans believe that driving after having three or more drinks is dangerous, while 68% feel the same way about having one or two drinks.

However, knowing what’s wrong and doing something about it are two different things.

“Despite the vast majority of Americans saying driving after drinking is dangerous, 37% of those who drink alcohol say they’ve driven at a time when they’d likely had too much to drink and three in 10 (30%) agree that they are more likely to get behind the wheel after a few drinks if they only have to drive a short distance,” the company reported.

When it comes to distracted-driving behaviors, such as texting while driving or talking on a cell phone, Americans are hearing the messages that even the simplest and least intrusive behaviors impact safe driving.

“(Which is surprising since) many studies have refuted the idea that this is any safer than holding a phone while gabbing behind the wheel,” the report stated.

(Click Here for details about the impact of the Jaguar F-Type Convertible.)

Despite believing that talking on a cell phone is dangerous, 74% continue to do so with 21% doing it frequently.

Other phone-related behaviors while driving, include:

“More troubling still, these habits are especially common among Millennials,” the company said. “Roughly one-fourth of drivers with cell phones from this generation frequently talk on a cell phone (28%), read text messages (27%) and send texts (24%) while driving.”

The poll also explored “ride along” behaviors and responsibilities, which is if they have been passengers in vehicles where they’ve seen these types of behaviors. The results included having been a passenger with a driver who has been:

They also asked is passengers had a responsibility to monitor their drivers from a legal standpoint? Majorities of Americans appear to think not. Seven in ten (69%) don’t believe that passengers in a car should share legal responsibility if a distracted driver causes an accident, while six in ten (59%) say the same in the case of passengers riding with a drunk driver.