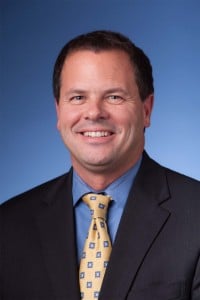 GM PR vet Tony Cervone will return to the company as its new communications chief.

It marks a return to Detroit for the 51-year-old PR veteran who previously served as a senior communications executive at both GM and Chrysler before temporarily shifting to the aerospace industry. Cervone was, until last week, the head of communications for Volkswagen Group of America.

His decision to return to GM comes as the maker faces its biggest challenge since emerging from bankruptcy in 2009, with a number of investigations underway probing its handling of defective ignition switches linked to 13 deaths.

“Tony brings an ideal mix of outside perspective and experience that complements a deep background in GM and today’s global auto industry,” said GM CEO Mary Barra, who personally made the decision to bring back Cervone. “I’ve worked with Tony in the past and he has my trust and respect. I know he’ll be another catalyst for change on our leadership team.”

A graduate of Central Michigan University, Cervone started out in the auto industry in a junior position at what was then Chrysler Corp. in 1985, rising to become Director of Internal Communications before leaving for a job at General Motors in 1999.

Over the next decade, he served in a variety of positions with GM, including a three-year stint as head of communications for the maker’s European subsidiary, from 2003 to 2006. Cervone returned to the U.S. in a senior strategic position and was considered a leading candidate to eventually run the vast operation, unexpectedly leaving the automotive world in 2009 as GM plunged into bankruptcy, the carmaker emerging with an all-new management team led by industry outsiders.

Cervone spent the next two years as the chief communications officer at United Airlines, which had its own challenges and was preparing for what would be a critical merger with rival Continental Airlines.

In 2011, Cervone returned to the automotive world as head of communications for the VW Group’s U.S. operations. VW had moved from Detroit to Washington several years earlier and was setting out an ambitious plan to grow its U.S. presence significantly by 2018.

But his plans changed when GM CEO Barra reached out for help.  Selim Bingol, who had run GM communications since the bankruptcy, resigned two months ago, a move expected following the departure of former CEO Dan Akerson late last year.

Meanwhile, the maker’s new chief exec had already turned to another GM veteran, former company PR chief Steve Harris to assist with the handling of the company’s recall crisis.

In March, the maker announced it was launching a service action to deal with defective ignition switches on 2.6 million vehicles – a problem now linked to at least 13 deaths. The maker has gone on to since recall more than 11.5 million vehicles so far this year. It last week agreed to pay a record $35 million fine levied by the National Highway Traffic Safety Administration.

Cervone will have to help steer the company’s messaging about its recall problems while putting a focus on some of its more positive developments. Ironically, GM has fared extremely well in a number of recent quality and reliability studies, among other things being named the top manufacturer in the latest J.D. Power & Associates Initial Quality Survey.

But the recall crisis is likely to dominate Cervone’s initial efforts. GM still faces a variety of other government investigations, including one by the Justice Dept. that could eventually result in criminal charges.

Despite challenges many PR veterans might prefer to steer clear of, “It’s a great time to rejoin GM,” Cervone said in a statement noting his return to the company. “A re-energized leadership team, the best products in its history, a renewed commitment to individual customer experiences, and a compelling drive for cultural change all combine to make this a key moment in this great company’s history. I’m proud to be a part of both the leadership and Communications teams.”