May Could Bring Best Retail Car Sales in a Decade

Spending on new vehicles could set a new record for the month. 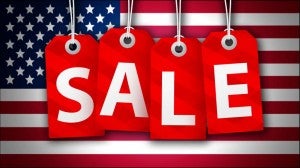 Big Memorial Day sales are expected to deliver strong numbers for May.

With automakers offering lavish sales for the Memorial Day weekend, industry-watchers are optimistic May will end on an upbeat note. But even before the annual holiday event, sales of new vehicles have been rocking along this month, with analysts predicting May will see a significant upturn from year-ago sales.

New light vehicle sales in the U.S. are expected to hit 1.52 million units, up 5.5% from May 2013 and a 9.5% increase from April 2014, according to TrueCar, which is predicting that the Seasonally Adjusted Annual Rate, or SAAR, will reach 16.1 million when the books are closed on May, a 6% year-over-year increase.

Spring car sales generally are some of the year’s strongest, but industry observers are particularly relived considering the unexpectedly sharp slide in demand during this past, cold Winter.

“The industry is back to the level we expected at the beginning of the year,” said Larry Dominique, President of data tracking service ALG, and Executive Vice President of TrueCar.  “Chrysler, GM and Nissan are all benefiting from increased demand. They are showing higher sales and are able to pull back on incentive spending,” he added.

The upbeat sales represent good news particularly for General Motors, which is been engulfed by a controversy over defective vehicles that continues to grow.  So far, however, the recall crisis has had little impact on the maker’s sales.

The surge in May sales has been especially strong on the retail side of the business, noted John Humphrey, senior vice president of the global automotive practice at J.D. Power and Associates.  May appears to be on track to show the strongest retail sales performance in 10 years, he said, noting that consumers are demonstrating a willingness to spend on new vehicles.

(GM likely to continue the flood of recalls. Click Here for the latest.)

With strong new light-vehicle retail sales anticipated over the Memorial Day weekend, the selling rate in May is expected to be at the highest level of the year, according to a monthly sales forecast developed jointly by J.D. Power and LMC Automotive.

J.D. Power estimates that consumers will spend more than $37 billion purchasing new vehicles this month, surpassing the previous May high of $34.3 billion set in 2004. May is the eighth consecutive month that consumer spending on new vehicles increased on a year-over-year basis.

(Click Here  to find out why Fiat Chrysler’s CEO doesn’t want you to buy the company’s new battery car.)

(Orlando is America’s most dangerous city for pedestrians. Click Here to find out why.)

“Three consecutive months of solid growth has returned the market to the expected trend level on a year-to-date basis,” said Jeff Schuster, senior vice president of forecasting at LMC Automotive. “As we move toward the second half of the year, the selling rates are expected to continue improving, but the growth rates will begin to flatten out, increasing competitive pressures for all brands.”

LMC Automotive also expects second quarter production to hit 4.25 million units, which is flat from the same time period in 2013. However, this represents more than a 1% gain from the first quarter of this year. Manufacturers that are expected to achieve a year-over-year gains in the second quarter are BMW, General Motors, Honda, Renault-Nissan and Tesla.

Overall, LMC expects production for the full year 2014 to increase 3% to 16.65 million units. During the past few months, manufacturers have cleared a significant amount of inventory, which has been reduced from its peak of 88 days’ supply at the end of January to 69 days at the end of April. That’s closer to the industry’s historic norm, helping stabilize production.