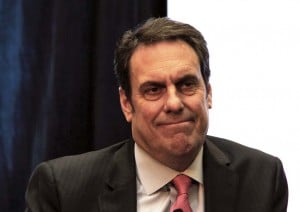 Even as General Motors struggles to catch up with the recall repairs it has already ordered, the maker is apparently getting ready to announce still more safety-related callbacks in the weeks and months ahead, cautions a new analyst’s report.

During a meeting with senior GM officials this week, analysts from Barclays were advised that the fast pace of safety-related actions could continue through at least mid-summer. And along with more near-term recalls, GM is taking steps at a senior management level that could lead to longer-term changes in its safety operations.

“It is tough to say if recalls from past vehicles has already peaked, as the team has not yet completed mining the data,” it has been gathering, lead Barclays analyst Brian Johnson wrote following the meeting in Detroit. “Also, given the data-mining is being conducted on an issue by issue, and not on a make and model-year basis, it is possible that GM may issue further recalls for vehicles which have already been recalled.”

GM’s recall crisis began in mid-February, when it announced the first in what became an expanding recall of vehicles equipped with defective ignition switches. Ultimately, 2.6 million vehicles were impacted by that problem – which has been linked to 13 deaths. But that only set things in motion.  With four recalls announced earlier this week, following five the week before, GM has now staged 29 separate safety-related callbacks since the beginning of the year affecting about 13.5 million vehicles sold in the U.S. alone, more than during any year in its history.

The intense scrutiny has impacted the entire auto industry, Fiat Chrysler Automobiles CEO Sergio Marchionne noted earlier this week, as he announced plans to bring in an outside consultants to see if FCA has any additional problems that need be addressed.

Toyota, which was already taking more aggressive action in the wake of its own 2009-2010 safety scandal, this week announced three recalls of its own covering more than 430,000 vehicles sold in the U.S. For the year, Toyota is second only to GM in terms of the number of vehicles that have been recalled.

But all told, the industry now has announced service actions involving more than 20 million vehicles, with many industry observers anticipating a new record could be set by mid-year, and all but certainly before 2014 is over. The previous record, 30.5 million vehicles recalled, was set in 2004, according to the National Highway Traffic Safety Administration.

But nowhere is the situation more apparent than GM which has recalled about 20 times more vehicles than it had at this point in 2013. The maker is clearly motivated to move more quickly. It agreed to pay a record $35 million fine to NHTSA this month and could face additional penalties. Many expect GM could be hit with a penalty as large as – or even larger than – the $1.2 billion Toyota recently paid to settle an investigation by the U.S. Justice Department. GM also revealed this week that 79 lawsuits have been filed claiming monetary losses in terms of used car values for vehicles covered by the ignition switch recall.

On the positive side, a study by ALG, the former Automotive Leasing Guide, finds used car values for those vehicles has actually dropped very little so far. And, at least through April, GM sales have shown little impact from the recall crisis, Barclay’s Johnson noted, though observers will be watching closely once May numbers are released.

(Chrysler CEO Marchionne orders review of the maker’s handling of recalls. Click Here for the story.)

A new safety czar, reporting directly to Barra, has been appointed – and given 30 more product investigators to search for potential problems. The team has expanded its data mining efforts, wrote Johnson, and hopes to complete the review by mid-summer, which could lead to further large recalls.

Meanwhile, the analyst was told that global product development chief Mark Reuss will “lead a team of five who will make decisions on recalls going forward.”

Even though GM is moving to make changes in its safety oversight, the maker is struggling to deal with all the recalls it has so far announced. Dealers around the country are stressed to schedule time for all the owners demanding repairs. So far, only 47,000 of the 2.6 million vehicles affected by the ignition switch problem have been fixed, according to spokesman Terry Rhadigan.

The primary issue there, however,  is a lack of replacement parts, supplier Delphi racing to ramp up production, but not likely to be able to provide enough new ignition switch modules to get the entire recall completed before October, GM is estimating.