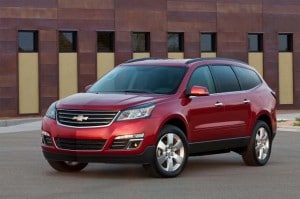 The 2014 Chevrolet Traverse is one of 2.42 million vehicles involved in General Motors' latest recall.

The maker says it has received a number of complaints about the various issues, which range from seatbelt problems to potential fires. In its announcement, GM said the latest recalls come as part of its “continuing effort to quickly address emerging safety issues,” a comment that supports the comments of industry analysts who feel the maker has decided to err in favor of a recall, going forward, where it might have previously downplayed some potential safety problems.

GM noted that it has added 35 product investigators since the beginning of the year,with CEO Mary Barra also appointing a new global safety czar. All told, 2014 has seen the maker launch 29 safety-related recalls, and while two have been for problems affecting less than 100 vehicles, others have run into the millions of vehicles, 2.6 million covered by just the ignition switch defect that has led to a series of investigations by a variety of federal agencies, including the U.S. Justice Department. 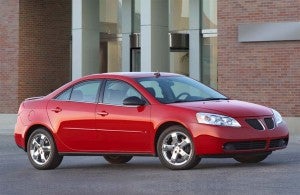 The Pontiac G6 is part of the latest recall from GM.

All told, GM has now recalled about 14 million vehicles in the U.S. since the beginning of the year, with the industry’s overall total now approaching 23 million. The total for all of 2013 was a record 32 million – which most industry analysts believe will be exceeded well before 2014 ends.

The four latest recalls, according to GM, include:

GM says it is “aware of” 18 crashes and one injury related to the transmission problem on the older Chevrolet Malibu sedans. While it has received numerous complaints regarding the other recall issues, there have been no reported crashes or injuries. 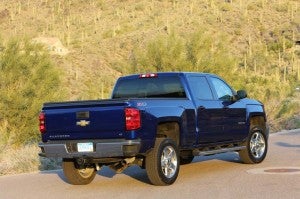 GM is recalling 58 Chevy Silverado and GMC Sierra pickups due to retention clips attaching the generator fuse block to the vehicle body can become loose and lead to a potential fire.

(What’s most likely to trigger road rage? To find out, Click Here.)

The Detroit giant’s recall problems have grown increasingly costly. It took a write-off of $1.3 billion during the first three months of the year related to the ignition switch debacle and other recalls. And it said it would take a $200 million charge for five recalls announced on May 16. That has now been increased to $400 million.

(Click Here to see why the auto business isn’t sustainable in the long run according to GM.)

But that’s likely to be just the beginning. Last week, GM agrees to pay a record $35 million as part of an agreement with the National Highway Traffic Safety Administration as a result of the delays in the ignition switch recall. The maker could also pay significant fines – some estimates pushing above $1 billion – to settle the ongoing Justice Department investigation.

(To see more about Subaru setting its sights higher with the new Legacy, Click Here.)

Meanwhile, GM is facing potentially billions of dollars in additional losses related to wrongful deaths and injuries related to its recalls, especially those involving the ignition switch issue. The maker has confirmed it is currently looking at 79 separate lawsuits related to claimed economic losses of up to $10 billion as the result of a decline in value of recalled vehicles.