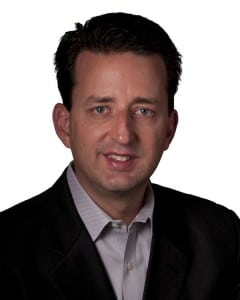 Joel Piaskowski is the new head of design for Ford Europe, taking over for Martin Smith, who is retiring at the end of the year.

The official word at Ford is that the company is making a smooth shift in management, COO Mark Fields set to replace the retiring Alan Mulally on July 1. But whether or not you call it a shake-up, things are getting pretty busy on the design side of the automaker’s org chart.

Only months after long-time design director J Mays handed his pen and sketchpad over to new global boss Moray Callum, Ford is now seeing a big transition in its European styling studios.

Joel Piaskowski, who has only been with Ford since 2010, will be the maker’s new head of design on the continent, succeeding Martin Smith who also plans to retire late this year. Smith will spend his final months, we’re told, working on a special project with Callum “studying the future direction of Ford design.” That’s not out of line considering the impact Smith has had on Ford’s current styling strategy.

Despite its awkward name, Smith’s Iosis concept was one of the most striking show cars in recent years and was one of several projects he led that eventually were transformed into the widely acclaimed Ford Fusion – sold in Europe as the Mondeo.

He has also had a significant impact on Ford’s increasingly sophisticated interior designs. In fact, Smith spent a significant amount of time with Germany’s Audi brand earlier in his career, helping craft the cabin design philosophy that has made Audi a benchmark in the industry. But he also was credited with some of Audi’s most well-recognized exterior concept work, notably the Avus, a striking silver show car that has been called one of the most beautiful prototypes of all time. 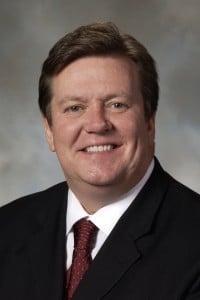 Smith worked closely with former Ford design chief Mays, who also was part of the Volkswagen team in that era, forming a relationship that eventually encouraged the Brit to come to Ford. There had been some speculation Smith would, in fact, be named Mays’ successor. It is unclear whether his being passed over for that job led Smith to decide to retire.

But at 64, he may simply be looking to slow down from the grueling pace of life in a major automotive design studio. Exactly where things will lead during his final major project remains to be seen, but Callum is clearly looking to put his own stamp on Ford’s future and could use help in taking the current “kinetic design” theme to the next level.

“Martin’s leadership and passion for great design not only invigorated Ford of Europe’s lineup but influenced Ford designs globally,” said Raj Nair, Ford group vice president, Global Product Development. “In his new role, Martin will continue to help our world-class design team create future vehicles that are true to our Ford values, even more distinct from the competition and meaningful to our customers.”

As for Piaskowski, he also has made his share of moves during a relatively short career. At just 45, he worked at Mercedes-Benz, Hyundai and General Motors before jumping to Ford in 2010. He came aboard as the director of exterior design in the Americas – a somewhat misleading title since Ford has increasingly melded its various styling operations into a cohesive global enterprise.

That said, several distinctly North American models were penned during his time there, including the new 2015 Ford Mustang and Ford F-150.

Piaskowski’s latest assignment has been as director of Ford’s Strategic Concepts Group.

In his new role, the young designer will become part of a critical effort to revitalize Ford’s struggling European operations. But as part of the global design operations his work will be readily apparent in the U.S. as well, as the automaker continues refining its One Ford strategy.

(To see more about the changes in executive leadership at Ford, Click Here.)

Conceived by Mulally, the maker intends to limit the number of global platforms it uses, developing products that can be sold around the world with only modest changes to reflect regional tastes and regulatory needs.

Europe is playing a key role in handling a number of Ford products, from the Fiesta to the new TransitConnect van. So, while he may be making his new home in Europe, Piaskowski’s impact will continue to be felt back in the States.