“Significant questions need to be answered.” 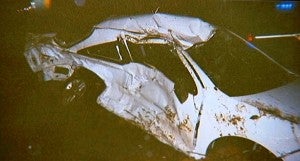 29-year-old Brooke Melton was killed in a 2009 crash involving her 2005 Chevrolet Cobalt.

Committees from both the U.S. House and Senate will hold hearings into why it took General Motors a decade to recall 1.6 million vehicles equipped with faulty ignition switches – a problem now linked to 31 crashes and 13 deaths.

The first indication of a problem was reported in 2004, according to documents already released by the Detroit maker, but a proposed fix was scuttled several years later.

Federal safety regulators are also taking heat, with critics contending the National Highway Traffic Safety Administration failed to press GM to respond as the number of complaints involving the switch problem escalated over the years to a current total of 260.

“Here we are…faced with accidents and tragedies, and significant questions need to be answered,” said Energy and Commerce Committee chairman Fred Upton, a Michigan Republican. “Did the company or regulators miss something that could have flagged these problems sooner? If the answer is yes, we must learn how and why this happened, and then determine whether this system of reporting and analyzing complaints that Congress created to save lives is being implemented and working as the law intended.”

On February 13th, GM announced it would recall 800,000 compact cars that it said were equipped with ignition switches that could inadvertently move from the On position to Off or ACC if the car was jostled on rough roads or if a motorist had a heavy key ring.  In such an instance, a vehicle’s engine could be shut off and its airbags disabled.

The GM recall immediately raised concerns, critics arguing that there were numerous other vehicles equipped with the potentially faulty switches. Less than two weeks later, GM added a number of other models and doubled the size of the recall to 1.6 million vehicles worldwide.

It also issued a series of apologies for the delay in taking action, GM North America President Alan Batey issuing a statement that said, “We are deeply sorry and we are working to address this issue as quickly as we can.” Days later, GM’s new CEO Mary Barra announced she would personally oversee the internal recall probe.

The long delay in responding to the ignition switch problem has perplexed those who had expected such problems to be addressed by the so-called TREAD Act passed in 2000.  Short for the Transportation Recall Enhancement, Accountability and Documentation Act, it was enacted in the wake of problems involving the Ford Explorer and Bridgestone tires that were linked to 270 deaths.

Among other things, NHTSA now has the ability to levy larger fines – as much as $35 million – against a maker that fails to respond to a known safety defect within a set time period.  It has taken such action against a number of automakers in recent years, including BMW, Ford and Toyota.  The Japanese automaker was also the subject of Congressional hearings after a series of recalls related to so-called unintended acceleration. An internal Toyota document celebrated the fact that the maker had previously convinced NHTSA to scuttle a proposed recall.

Such fines could be only one of the many financial headaches for GM related to the recall.  The maker has already been the target of a number of lawsuits filed in relationship to crashes allegedly caused by the defective switches.

And documents provided to the courts show that the maker bought back at least 13 2005 and 2006 Chevrolet Cobalts due to the problem, reported the Detroit News.  The paper studied numerous court depositions and discovered that GM issued a service bulletin to dealers in February 2005 describing the problem.  It waited another nine months before notifying NHTSA.

The federal agency last month sent a list of 107 questions to GM related to the handling of the recall. But the agency is also facing fire for not responding sooner on what information it already had about the problem.

Company officials have suggested that the delay in responding to the ignition switch problem was emblematic of the problems GM had prior to its 2009 bankruptcy. Ironically, that bankruptcy might shield the maker from some of the costs it would otherwise face.  After emerging from Chapter 11, the maker left many of its debts and liabilities with the “old” GM.  Lawsuits related to those who were injured or killed prior to July 2009 would have to sue the old entity in bankruptcy court.

So far, no one who has tried to sue the “new” GM for problems occurring before then has won their case.

(How bankruptcy may “save” GM once again. Click Here for the story.)