Even minor infractions can result in major hikes. 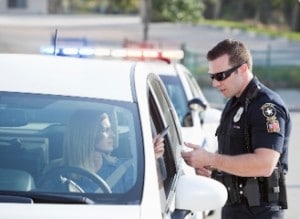 A simple speeding ticket can raise insurance rates as much as 30% annually.

If you think that speeding ticket you got for going “just five over” isn’t going to have an impact on your insurance premiums, think again. Drivers ticketed for a “minor” speeding violation, such as 1 to 15 mph over, pay an average of 21% more for car insurance.

A report from InsuranceQuotes.com shows that drivers who commit major infractions, such as driving under the influence (DUI), see a major hike in their premiums, minor transgressions can raise rates for as long as three years.

According to Mike Barry, spokesman for the nonprofit Insurance Information Institute, the study shows how insurers use various driving infractions to assess different levels of risk for individual drivers.

“Insurers base their rates on experience, so the violations that cause premiums to jump the most are the ones that, over the years, insurers have found are strong indicators that the driver is likely to have an accident in the future,” Barry said in a statement.

These are the average national premium increases for several traffic moving violations from greatest to least:

(To see our first drive in the 2015 Chevrolet Suburban, Click Here.)

The infraction that carries the lowest premium increase is a seat-belt usage violation with a just a 5% jump. Some insurance companies do offer ways of offsetting the increases.

(Click Here for more about the pressure on General Motors to create a fund for recall victims.)

“Drivers who commit moving violations can take safety classes to improve their skills and remove blemishes from their records,” said Laura Adams, senior analyst at insuranceQuotes.com.

“Many of these courses are offered online and can be completed in just a few hours. Otherwise, these infractions can lead to higher car insurance costs for up to three years.”