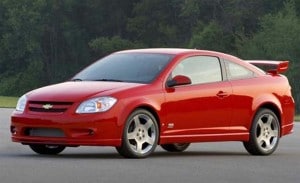 GM offers $500 cash for owners of recalled models, like this 2007 Chevy Cobalt, to trade in.

This story has been revised to reflect the change in the total number of deaths associated with the faulty ignition switch, GM now saying it “double-counted” one fatality.

Even as Congress, the Justice Department and the National Highway Traffic Safety Administration launch investigations into the maker’s handling of a recall related to a faulty ignition switch, General Motors is offering to provide loaner vehicles to owners.  It also is offering a special $500 “allowance” for the purchase or lease of a new GM vehicle.

Meanwhile, the maker is coming under pressure to waive the immunity it received after emerging from bankruptcy in 2009 that might otherwise be used to avoid paying damages for product liability or wrongful death claims involving the 1.6 million vehicles covered by its February recalls. So far, there have been reports of 12 deaths and 31 crashes involving vehicles equipped with the defective switches. One safety advocate is calling for the maker to set aside a $1 billion fund to cover potential claims.

Documents provided to various courts where GM has already faced legal action over the defective switches show the maker has so far repurchased a handful of vehicles after owners complained about the problem.  The recall was triggered by the fact that a heavy key ring – or being jounced on a rough road – can inadvertently cause one of the vehicles to switch from On to the Off or ACC position. In that case, the engine would stall and airbags would be deactivated.

The maker initially targeted about 800,000 vehicles with a February recall, expanding it to 1.6 million vehicles worldwide two weeks later, including 1.37 million sold in the U.S.  Spokesman Adler told TheDetroitBureau.com that about 1.4 million of those vehicles are still in operation worldwide and about 1.2 million in the U.S.

Despite responding to critics who felt the original recall was not broad-enough reaching, GM has come under increasing heat as it has been disclosed the maker first knew about the switch problem as early as 2004 and even considered – then rejected – a possible fix a year later.  It is unclear precisely what it told federal regulators but the delay has raised concerns about possible complacency or malfeasance on the part of NHTSA.

The safety agency has issued a demand for answers to a list of 107 questions. Meanwhile, the U.S. Justice Department launched a possible criminal probe this week while separate committees on the House and Senate side of Capitol Hill are planning to hold hearings on the matter.

What some are dubbing “Switchgate” is proving the first big test of new GM Mary Barra’s skills.  The former product planning chief apologized for the recall snafu and took over the internal investigation, two major legal powerhouses being brought in this week to lead the process.

GM “doesn’t have as much of a runway” to turn its image around, so if it doesn’t handle things well quickly, “it’s going to go south” quite quickly, warns Anthony Johndrow, a managing partner with New York’s Reputation Institute.

One issue that could become controversial under the media microscope is the way GM’s bankruptcy could once again help the maker shed debts accrued due to legal action related to the switch problem. The settlement that let it emerge from Chapter 11 means any product liability or wrongful death claims arising from accidents that occurred before it exited bankruptcy on July 10, 2009 would have to be handled by the “old” GM left behind.  At least five of the 12 reported deaths would affected by that waiver.

Former NHTSA Director Joan Claybrook and Clarence Ditlow, head of the Center for Auto Safety, have written GM CEO Barra asking her to set up a $1 billion fund “to cover losses of victims and families of safety defects whose claims have been extinguished by the bankruptcy or barred by statues of repose or limitations.”

The automaker so far sidestepped the issue, stating that its “principle” is to put the customer first, and that will continue to guide us.”

But while trying to show the public that it is ready to come clean on what took so long to order a recall, GM is offering to provide loaner vehicles to owners affected by the service action until the necessary parts are available to make repairs.

Then there’s the $500 discount.  But considering “the age of these vehicles and their current value, that doesn’t put them (owners) in a category where they’re likely to be new car buyers,” cautioned Ricky Beggs, editor of the Black Book, a used vehicle tracking service.

The one bit of good news, he added, is that demand for used vehicles like these has been especially high, and with many potential buyers collecting their tax refunds, he doesn’t see prices dropping much despite the negative publicity about the recall.