Sales of Plug-Based Vehicles Doubled in 2013 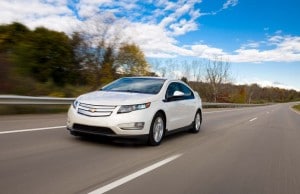 The Chevy Volt was the market's best-selling plug-based vehicle in 2013 - though sales were down from 2012.

For the first time ever, sales of plug-based vehicles came within a hairsbreadth of hitting the 100,000 mark last year, jumping by 84% year-over-year as a flood of new products came to market.

Conventional hybrid vehicles scored a more modest but still strong 15% increase in demand last year, reaching an all-time record of nearly 500,000 sales.  Together, all battery-based vehicles still captured less than 4% of the total U.S. new vehicle market, however, less than the total number of F-Series pickups Ford Motor Co. sold for just the first 11 months of 2013.

Nonetheless, advocates contend that the numbers show a growing interest in battery-based vehicles, something that’s backed up by several recent surveys showing more American motorists are considering the technology as a viable alternative.

They have a growing list to choose from, a total of 16 different plug-based offerings reaching U.S. showrooms last year.  With yet more new battery-based vehicles coming this year, the consensus is that sales of plug-based vehicles – both plug-in hybrids and pure battery-electric vehicles, or PHEVs and BEVs – will smash through the 100,000 mark in the coming year, though the segment is likely to remain a small niche for the foreseeable future. 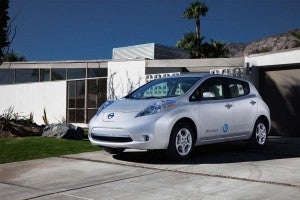 (2014 likely to be a big year for automakers, auto buyers alike. Click Here for the story.)

Among the new models coming in 2014 are the Cadillac ELR plug-in hybrid and the Tesla Model X battery-electric crossover.

PHEVs generated 49,000 sales last year, a 27% increase from 2012.  Designed to deliver anywhere from 13 up to 35 miles per charge and then switch over to onboard backup gasoline engines, models like the Chevrolet Volt and Toyota Prius Plug-in accounted for the bulk of plug-based sales in 2013. But while the Chevy model was the best-selling of all plug models at 23,094, it came in at barely half of parent General Motors’ target for the year and was down from its 2012 volume of 23,461.

But just barely, with sales of pure battery-electric models jumping a substantial 241% year-over-year, to a collective 47,600.  The big gainers were the Tesla Model S, with sales of 18,800, and the Nissan Leaf, which sold 22,610. Significantly, Leaf sales rose 130% for the year, the battery-car gaining momentum after production was shifted from Japan to a new assembly line in Tennessee – and after Nissan cut the price on the sedan.

Indeed, price-cutting was the name of the game in 2013, virtually every plug-based maker but Tesla trimming prices on models such as the Leaf, the Volt, the Ford Focus EV, the Prius Plug-in and the Honda Fit EV in a bid to increase demand.

Recent studies show that prices of all but the most luxurious of battery-based vehicles need drop to $25,000 or less before they become seriously competitive with products using conventional powertrains.

But there are other factors that need to be addressed, according to those studies. Among the most serious is so-called “range anxiety.” With most of the current crop of battery-electric vehicles limited to 100 miles or less per charge, many start out with little more range than a gas-powered vehicle has when the fuel warning light comes on. Only Tesla has directly addressed the issue with an optional battery pack that can deliver nearly 300 miles per charge – though the top-end Model S can run to more than $100,000.

The slow build-up of a public charging network is also a key concern, though more and more public chargers are becoming available – especially in green-minded states like California – and there are growing numbers of high-speed chargers capable of delivering an 80% range boost in as little as 20 minutes. Tesla, meanwhile, is expanding its own Supercharger network with a goal of putting one of its own high-speed charging stations within 80 to 100 miles of any owner in the U.S. and much of Canada.

Battery-car proponents question whether the industry is truly getting behind these new models. A number of recent entries have been derided as mere “compliance cars,” designed simply to meet the tough zero-emissions vehicle mandates passed by California and a number of other states.  Significantly, a large share of the current plug-based models — and many of those to come – are only being sold in states with ZEV rules in place.

Manufacturers counter that they’re looking to gain experience that will allow them to produce even more appealing battery cars in the future.