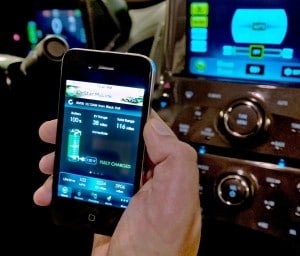 The new partnership between Google and several auto companies means more Android apps and systems will find their way into new cars and trucks.

Google’s reach into the automotive industry just extended a little further with the announcement of the Open Automotive Alliance (OAA): a group of auto and technology companies looking to expand the use of Android systems to vehicles.

The Mountain View, Calif.-based technology behemoth is already helping to lead the development of autonomous vehicles. Now, the company will have an impact on the driving experience before those hit the roads as Audi, General Motors, Honda, Hyundai and Nvidia signed on to the partnership. Google extended an open invitation to other automakers as well.

“The OAA is dedicated to a common platform that will drive innovation, and make technology in the car safer and more intuitive for everyone,” according to the release.

What does that mean? It means that users of Android-based devices may see their driving experience change significantly.

“Today, millions of people already bring Android phones and tablets into their cars, but it’s not yet a driving-optimized experience,” said Patrick Brady, director, Android Engineering, in an entry on the Android Team’s official blog.

“Wouldn’t it be great if you could bring your favorite apps and music with you, and use them safely with your car’s built-in controls and in-dash display? Together with our OAA partners, we’re working to enable new forms of integration with Android devices, and adapting Android for the car to make driving safer, easier and more enjoyable for everyone.”

Ideally, the group is going to optimize Android-based apps and services for use in vehicles. The first Android-based systems will show up in new vehicles by the end of this year.

“Partnering with Google and the OAA on an ecosystem that spans across vehicles and handheld mobile devices furthers our mission to bring vehicles into our owners digital lives and their digital lives into their vehicles,” said Mary Chan, president of General Motors’ Global Connected Consumer unit.

However, there is one small item to consider: Honda, GM and Hyundai are all partners in Apple’s Siri Eyes Free program. How this new agreement with the OAA impacts that relationship is unknown.

Siri Eyes Free permits owners of compatible vehicles to perform several in-car tasks without taking their eyes off the road, such as telling Siri to send text messages or emails, create calendar events and reminders and activate turn-by-turn navigation.

(Click Here to see how autonomous vehicle sales will grow in the future.)

Chevrolet introduced the technology on its Spark and Sonic models last February. Honda announced select 2014 Acura models would be able to get the technology as an aftermarket option.

During its “iOS in the Car” – the basis for Siri Eyes Free – unveiling last June, Apple said Honda, Mercedes-Benz, Nissan, Ferrari, Infiniti, Kia, Hyundai, Volvo, Acura, Jaguar, Opel and Chevrolet would all be offering it in 2014.