Corvette Takes Track Performance to the Street with Z06 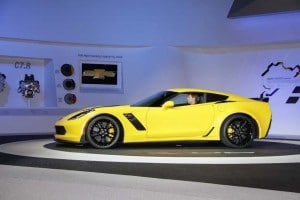 The new Corvette Z06, dubbed "The Big Nasty" by GM's Mark Reuss, shares much of its DNA with the C7.R race car.

After winning 90 races since the turn of the New Millennium, the Corvette teams hunger for victory has only intensified. The real test will come, in a matter of weeks, as the all-new C7.R race car makes its debut at the upcoming Rolex 24 at Daytona.

With its upgraded engine, improved aerodynamics and a chassis that’s 40% stiffer than the old Corvette C6.R racer, the team has reason to be confident – while those who would like to see some of that added performance transferred from track to street might have their own reason to be just a little jealous.

But not for long.  Wannabe racers will soon be able to order the new Chevrolet Corvette Z06 making its debut at the North American International Auto Show.  “A lot of the race car’s functional improvements have been shared with the street car,” said Tadge Juchter, the director of the Corvette program, who calls the new model, “a great example of the technology transfer between racing and production Corvettes.” 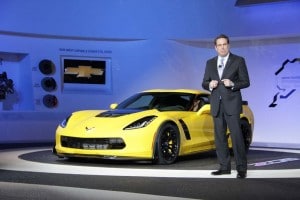 That’s good news for those who’ve been wondering just how much further Chevy could go with the underpinnings of the C7 Corvette Stingray that was the star of the 2013 Detroit Auto Show.  With the “base” car making more than 450 horsepower, it was a challenge for Juchter’s crew to come up with the improvements necessary to justify the likely price premium for the next-generation Z06.

The numbers suggest they’ve succeeded. Along with a stiffened-up chassis, the 2015 Z06 is expected to deliver “at least 625 horsepower and 635 pound-feet of torque,” Juchter said.  And while the figures have yet to be finalized, it should come in at nearly a 25% improvement over the old Corvette Z06’s 505-hp.

The first-ever Corvette to offer a supercharged engine, the Z06’s LS4 will be paired with either a 7-speed manual or a new 8-speed automatic – a gearbox that will soon be added to the base Stingray, as well.

(VW getting back into the hot hatch market with new Golf R. Click Here to check it out.) 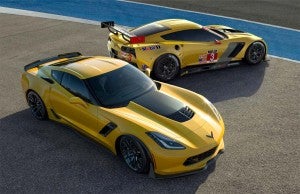 The new supercharged 6.2-liter LS4 engine, meanwhile, is expected to deliver a modest 3% increase in fuel economy thanks to the use of technologies such as direct injection and cylinder deactivation.

The target was to deliver “supercar performance without supercar fuel consumption, and technologies that make it easier to fully enjoy the incredible experience of driving it,” explained Mark Reuss, General Motors’ new director of global product development, who dubbed the Z06 “the Big Nasty” during its auto show unveiling.

While the engine may be the heart of a beast like the Corvette Z06, there’s a lot more to this Detroit supercar.  Aerodynamics played a critical role in the development of the new model, both to make the 2015 Z06 slicker – and faster – but also, with the new rear wing, to keep it firmly planted on the pavement by increasing downforce. 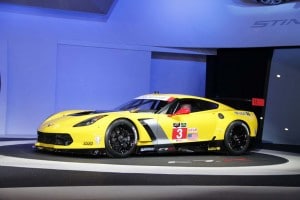 Chevy plans to keep Corvette a the forefront of the world's racing elite with the new C7.R race car.

One of the more curious developments came with the discovery of a new coating for the Z06 grille which actually made air flow more smoothly, revealed Juchter, “than if there was no grille at all.”

(Click Hereto check out the 10 don’t-miss debuts at the 2014 Detroit Auto Show.)

There are a variety of new and enlarged scoops, intakes and vents to enhance engine breathing and cooling, as well as to keep the brakes functioning at peak.  An optional Z07 package, meanwhile, includes new Brembo carbon ceramic brakes, as well as Michelin Pilot Super Sport Cup tires for enhanced grip. Even with the standard rubber, the Z06 tires are 1.5 inches wider up front and 2 inches wider in the rear than the stock Corvette Stingray. 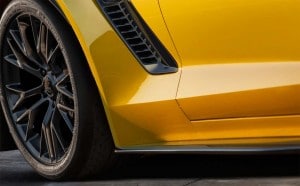 The new 2015 Corvette Z06 gets a number of new or enlarged ducts, intakes and vents to enhance engine and brake performance.

“More brakes, more grip, more cooling and more downforce – unless you do all those thing well you don’t have a good car,” stressed Juchter during a private background briefing on the new Z06.

In the end, the target was to make performance more accessible right up to the limits, he explained, giving even non-pro drivers the chance to enjoy a track-like experience.

And for those who want to push the limits, Chevy will also introduce a new Corvette Performance Data Recorder later this year – for both the Stingray and Z06.  It’s designed to let them to see just how well they’re driving with a view of the road and track-like telemetry that can help a determined driver steadily improve lap times.

(Click Here for more on the Corvette Performance Data Recorder.)