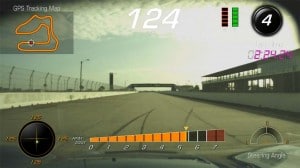 Whether you’re a serious racer hoping to improve your lap times or just want to see how well you can handle the curves on a weekend run through the country, Chevrolet is offering Corvette buyers a way to get some fast feedback.

The automaker is using the Consumer Electronics Show in Las Vegas to introduce its new Corvette Performance Data Recorder. The maker claims the optional device is the first in the industry to integrate audio, video and the ability to capture real-time vehicle telemetry.  The information can be viewed from the car – when parked, of course – or downloaded to a personal computer. It can even be analyzed to improve a driver’s technique.

“The Performance Data Recorder combines the ability to record and share drive videos with the power of a professional-level motorsports telemetry system,” said Tadge Juechter, Corvette chief engineer. “Drivers can easily record and share their experiences driving down the Tail of the Dragon or lapping Road Atlanta. In addition, with the included telemetry software users can analyze their laps in incredible detail, and find opportunities to improve their driving and lap times.” 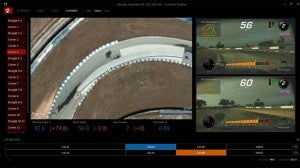 Data captured by the PDR can be analyzed and viewed on a computer using the Cosworth Toolbox program.

The Corvette Performance Data Recorder, or PDR, was modeled after the professional system used in the Corvette racing program and developed in cooperation with British motorsports company Cosworth.  The system will be introduced late in the third quarter of 2014, with pricing set to be announced closer to the launch.

The PDR consists of three major components, starting with a 720p high-definition camera mounted at the top of the windshield to give a driver’s point-of-view recording. There’s also a microphone that captures any comments the driver might make, whether narrating a successful lap around the track or simply gasping as the Corvette screeches around a corner.

A self-contained telemetry system captures a wide range of vehicle information such as engine speed, transmission gear selection, braking and cornering forces and steering wheel angle. The system also has its own GPS receiver that operates five times faster than the conventional navi found in a Corvette. That allows the PDR to precisely follow the vehicle’s movements around a track or road course.

The final piece of the package is an SD card slot tucked into the glove box.  Recording time depends upon the size of the memory card used but can run to more than 13 hours with a 32 GB card.

A motorist can choose between a variety of different recording modes, GM notes:

A driver can get a quick replay by watching the recording on the Corvette’s built-in 8-inch touchscreen – when parked. But the data also can be downloaded to a computer and even analyzed using the Cosworth Toolbox software that’s included with the PDR. The application even uses a Bing satellite map of a track to allow a lap-by-lap comparison of both the driver’s and vehicle’s performance – and to help a motorist improve lap times.

“The ability to review laps between track sessions can identify immediate adjustments for quicker laps in the next session,” said Juechter. “It’s like having a 32-GB crew chief trackside, proving you with real-time feedback to improve your driving skills.”

The Corvette PDR will be offered on both the current model Stingray and the next-generation Corvette Z06.