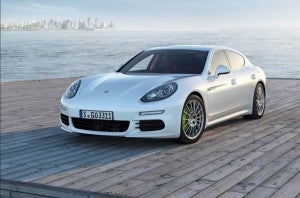 You come to a stoplight and as you put your foot on the brake pedal you might notice the car just got a little bit quieter.  What you likely won’t notice until it’s time to fill up again is that it’s also a bit more fuel-efficient.

Credit a new technology called Stop/Start which automatically shuts off a vehicle’s engine rather than wasting gas idling at a light or, say, on a fast food line. Originally developed for use in hybrid vehicles, the concept is rapidly being rolled out on everything from minicars to high-performance luxury vehicles and, according to a new survey, will likely become the norm, rather than the exception, over the next decade.

“The challenge for automakers is to get the biggest efficiency benefits from the smallest cost increment,” explains David Alexander, senior analyst with Navigant Research.

The consultancy is forecasting that the number of vehicles equipped with Stop/Start technology will grow from 8.8 million to 55.4 million worldwide by 2022.  Based on industry estimates, that would account for more than half of all vehicles produced that year.

Indeed, it might not even take that long to reach that milestone based on recent industry announcements.  Ford, for example, plans to offer the technology on 70% of its U.S. model range by 2017, anticipating annual sales that year of around 1 million.

(For Venezuelans, nickel gas may soon be a memory. Click Here for the story.)

Various makers use different names for the technology, also including micro-hybrids and idle-stop.  But industry experts agree that whatever it’s called, the system could be critical for manufacturers hoping to meet the tough new U.S. fuel economy standards going into effect in 2016, and then jumping to 54.5 mpg by 2025.

The exact payoff from using the technology is a matter of debate, manufacturers quoting numbers ranging anywhere from 2% to 5%. In fact, motorists will likely see a big difference depending upon how and where they drive, as Stop/Start is most effective when a vehicle is driven in urban settings where it is likely to be idled more frequently.

“The whole auto industry is moving to start-stop to improve fuel economy,” said Dave Sargent, vice president of J.D. Power and Associate’s automotive research group, though he did note “there’s some risk” to using the technology.

It adds to a vehicle’s cost, for one thing, especially the more sophisticated versions that are likely to be the most transparent to a motorist.  Manufacturers have been struggling to find ways to reduce costs, but that can create problems.  BMW, for example, has been faulted for the Stop/Start system on several models, such as the 3-Series, because of its roughness and the starter-like whine when the engine fires back up.

General Motors is another maker that expects to rapidly expand the use of the technology, introducing it on the 2014 update of its Chevrolet Malibu. The technology is a simpler and lower-cost version of what’s already available on several GM hybrids, though “There’s no sacrifice in drivability,” contended Todd Pawlik, the chief engineer on the Malibu program.

American motorists are just beginning to see Stop/Start technology roll out, and on many models, such as the Porsche Panamera, they can hit a switch to shut it off.  But as fuel costs rise and mileage standards increase, experts anticipate it will become nearly as commonplace as in Europe where fuel now runs as high as $9 a gallon and Stop/Start is already found on 45% of the latest models.