Nissan to Offer Both Old, New Versions of Rogue 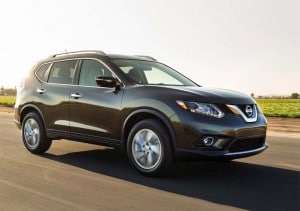 The new 2014 version of the Rogue - which is now Nissan's second most popular model.

Nissan is planning to sell two different versions of the Nissan Rogue by offering both a new model and the old version of the popular crossover vehicle which competes directly with products such as the Honda CRV and the Ford Escape.

The completely redesigned 2014 Rogue, which is being built at Nissan’s big assembly complex in Smyrna, Tenn. will begin reaching U.S. showrooms starting in mid-November.

Since it was first introduced for the 2008 model-year, the Rogue has become Nissan’s second most popular vehicle after the Altima by addressing the functional and emotional needs of the buyers, according to Pierre Loing, Nissan vice president of product development, while offering great value. 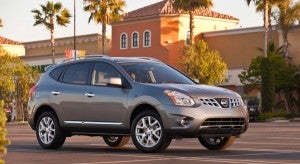 The old Rogue will remain in the line-up, possibly until 2015, as the "Rogue Select."

“Rogue is a vehicle that helps organize everyday activities and does it with style,” Loing said during a preview of the 2014 model, noting the Rogue is equipped with a 2.5-liter engine that produces 170 horsepower and 175 foot pounds. It also gets 26 miles per gallon in city driving and 33 miles per gallon on the highway, which Nissan describes as the bestin-class.

The new Rogue’s overall length is shorter but it is wider and has a longer wheel based than the old version of the crossover, added Loing.

Traditionally, old products go away when new models debut, but “We will continue importing the Rogue from Japan through 2014 and possibly through 2015,” said the product development chief.

(How did Nissan do in the latest Consumer Reports auto reliability survey? Click Here to find out.)

Scott Shirley, chief marketing manager for the segment, said the two Rogue strategy was devised to allow Nissan to keep pace with the rapid growth in the compact crossover segment, which has expanded by 60% since the 2009 model-year.

The segment is expected to continue growing beyond its current level of 1.8 million units annually, added Shirley.

When Nissan reduced the price of first generation Rogue last spring  – a not-uncommon move by a manufacturer preparing to phase out a particular model – sales exploded.

Shirley added the strong sales of the previous generation design persuaded Nissan to continue offering it for sales. The maker is betting this will provide an opportunity to offer buyers a lower-cost alternative that can fit into a broad range of household budgets.  The manufacturer’s suggested retail price for the “Rogue Select,” which will go on sale in January, will be less than $20,000, Shirley said.

The price for the new version of the Rogue starts at $22,490.  The MSRP for the top trim level SL version is $29.420. Popular features, including Nissan Connect, the Nissan safety shield suite of features such as lane departure warning, sunroof, third row of seats and all-wheel are all optional on the Rogue,  Shirley said.