GM Earnings Fall By Over Half for Q3 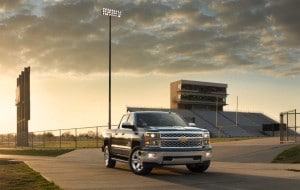 General Motors reported its net income was cut in half during the third quarter as one-time adjustments for restructuring the company’s debt reduced profits to $700 million from the $1.5 billion reported for the same period a year ago.

Despite the drop income, GM chairman and chief executive officer Dan Akerson said he was satisfied that GM was still making steady progress as its North America Operations, where margins surpassed 9%, continued to show strength. And the maker also saw an improvement in its loss-making European operations as a new turnaround plan appeared to be taking hold.

During the third quarter, GM said net income to common stockholders was $700 million, or 45 cents per fully diluted share, down from $1.5 billion, or 89 cents per share a year ago.  Investors appeared to be taking the results in stride, however, with GM shares up in early trading. Excluding the one-time items, GM would have earned $1.7 billion, or 96 cents a share. That was ahead of the 94-cent forecast of analysts surveyed by FactSet.

GM did especially well in the home market where it delivered a 9.3% pretax margin, though still short of its 10% target. North American pre-tax earnings were up 28%, to $2.2 billion. That performance was buoyed by strong demand for the maker’s outgoing full-size pickups — the Chevrolet Silverado was up 14% for the quarter — and the maker did not cut prices nearly as much as anticipated to prepare for the autumn roll-out of the remade 2014 trucks.

(Chrysler Q3 income up 22% on strong surge in truck sales. Click Here for the details.)

Improvements in operating performance during the quarter were more than offset by a net loss from special items and incremental tax expenses. But Amman also noted GM was able to cut costs and “fortress” its balance sheet by refinancing some high-cost debt.

“We made gains in the third quarter as we improved our North American margins and increased our global share on the strength of our Chevrolet brand,” said Dan Akerson, GM chairman and CEO. “Our efforts to build great cars and trucks and deliver solid financial results were recognized this quarter by Moody’s investment grade rating,” Akerson added, a reference to the first agency to upgrade GM into the investment grade category.

On the downside, GM market share slipped again during the quarter to 17.7%, off from 18.0% a year earlier and 20.1% during the July – September quarter in 2011. Part of that was due to GM’s trouble keeping up with the overall surge in the U.S. market, where its sales nonetheless rose 6.9%, to 697,113 vehicles, according to data tracking firm Kelley Blue Book.

While things looked strong in the home market, GM continued to face problems in the European market where it is expected to end 2013 with its 14th consecutive annual loss. GM of Europe posted a $200 million loss for the third quarter – but that was smaller than the $500 million deficit reported during the third quarter of 2012. And it provides a hint that the maker’s latest turnaround plan, developed primarily by Vice Chairman Steve Girsky, may be taking hold.

Income from GM’s international operations, which include the maker’s big operations in China, also dropped to $200 million from $800 million a year ago as GM pressed ahead with major capital improvements across China. The Detroit maker is locked in a long-running battle for market leadership there with German-based Volkswagen AG.