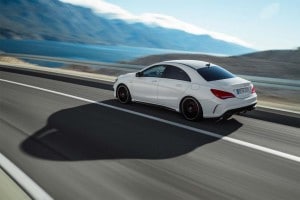 Daimler AG reported a 50% increase in earnings in the third quarter with Mercedes-Benz sales accounting for much of the increase.

Daimler AG saw it earning jump 50% in the third quarter as units sales increased by 13% on record sales by Mercedes-Benz.

On the basis of current market assessments, Daimler also said it expect earnings before interest and taxes to total 7.5 billion euros for full-year 2013.

“Our earnings continued improving in the third quarter, compared with the year to date and compared with the prior-year period. This shows that the high investments we have made were money well spent. We will continue to invest in products and production sites in order to secure the Group’s sustainable medium and long-term success,” said Dieter Zetsche, Chairman of the Board of Management of Daimler AG and Head of Mercedes-Benz Cars.

The development of earnings primarily reflects the ongoing growth in unit sales, especially in China, the United States and Western Europe, Zetsche said.

A major contribution came from the expanded range of compact cars, he added.

The Daimler Group’s third-quarter revenue amounted to 30.1 billion euros, which was 5% higher than in the third quarter of last year. Adjusted for exchange-rate effects, revenue grew by 11%.

(2015 Mercedes-Benz C-Class to get major upgrades. For more, Click Here.)

“We are continuing with the effective implementation of our growth offensives and efficiency programs,” added Bodo Uebber, Member of the Board of Management of Daimler AG for Finance & Controlling and Financial Services.

“That is having an increasingly positive impact on our earnings and gives us a good starting position for the year 2014. We are also continuing to work with a clear focus on achieving our targets and we anticipate further earnings improvements in the future.”

Earnings growth was achieved also as a result of better pricing. Furthermore, efficiency actions taken as part of the Fit for Leadership program had an increasingly positive impact on earnings. The changed model mix had a negative effect on earnings.