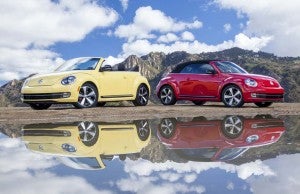 Volkswagen reported a drop in income, but an increase in Q1 market share.

Volkswagen AG saw its earnings and revenue decline on a year-over-year basis during the first quarter as the European debt crisis continued to stifle sales across Europe and left the company’s Seat brand in the red.

Despite the challenging conditions and intense competition VW bolstered its overall global market share, which climbed to 12.6% from 12.2%. Including China, deliveries increased by 4.8% to 2.3 million vehicles worldwide.

“We made a healthy start to the year, but the coming months will be anything but easy. The current environment is definitely a tough challenge for the entire industry,” said VW Chairman Martin Winterkorn, adding he remained optimistic about the company’s outlook. 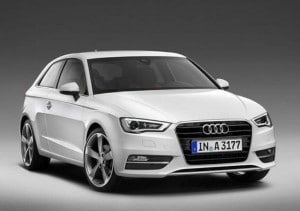 Net income before tax dropped to 2.7 billion euros from 4.2 billion euros a year ago. When the profits had included a one-time gain from the revaluation of the Porsche options.

“The Volkswagen Group’s strong, broad positioning is our greatest strength. And this is paying off, particularly when times are difficult,” Winterkorn said.

“We are approaching the rest of the year with our usual realism and great vigilance,” he added. “The Volkswagen Group’s 2013 sales revenue is expected to exceed the prior-year figure. Given the ongoing uncertainty in the economic environment, the group’s operating profit goal is set to match the prior-year level in 2013.”

VW Chief Financial Officer Hans Dieter Pötsch said, “(Despite) the uncertainty of the current economic environment, we will continue to strive for a high degree of flexibility and stick to our disciplined cost and investment management in order to reach our goals.”

Worldwide unit sales by the Volkswagen Group rose by 5.1% year-on-year in the first quarter to 2.4 million vehicles.

The Volkswagen Passenger Cars brand sold 1.1 million cars, down 2.4% compared with the prior-year figure. The brand’s operating profit was 590 million euros, down from 1.1 billion euros, and was weighed down by the lower volumes and negative mix effects.

(VW’s Golf captures World Car of the Year award. To read about it, Click Here.)

The Audi brand recorded unit sales of 330,000 vehicles or 2.9% fewer than in the prior-year quarter; the Chinese joint venture FAW-Volkswagen sold a further 88,000 Audi vehicles. The premium manufacturer generated an operating profit of 1.3 billion euros compared to 1.4 billion euros in the same period a year ago.

Skoda sales declined by 13.3% to 179,000 vehicles from 206,000. Its operating profit amounted to 112 million euros, which was down from 209 million euros, on the back of lower volumes, negative mix effects and higher launch costs for new models.

Bentley, on the other hand, delivered 2,000 vehicles, which was down from the 2,400 delivered during the same period a year ago but its operating profit nearly doubled 27 million euros from 15 million.

Sports car manufacturer Porsche sold 36,000 vehicles and generated an operating profit of €573 million in the first quarter of 2013.

Volkswagen Financial Services generated an operating profit of 353 million euros, compared with 311 million euros in the first quarter of 2012.