Is there a doctor in the house? Enter Mark LaNeve. 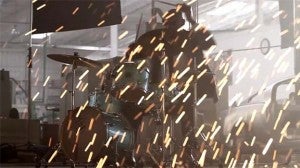 Lincoln's marketing mishaps - and production delays -- have left the brand in even worse shape than skeptics had anticipated.

The reintroduction of the Lincoln Motor Company via the new MKZ model is now officially comatose. A code blue alert has brought in an auto marketing turnaround specialist, the 54-year-old Mark LeNeve, to assume command of Lincoln’s almost new “luxury-oriented boutique agency” and continue as COO of Team Detroit, the Ford brand’s ad agency.

The former Academic All-American linebacker at the University of Virginia is faced with a helluva marketing mess. The factory quality issues contributing to this situation are not unique to the introduction of a new model but the marketing blunders, gaffes, mistakes and eff-ups are unprecedented.  Unless one has a memory long enough to reach back to the legendary Edsel debacle.

In an earlier career, the head of the then-reviving Cadillac brand, LeNeve is faced with an incredible – some pundits say impossible, insurmountable — challenge. The new Lincoln MKZ quality and delivery problems notwithstanding, the ‘introducing The Lincoln Motor Company’ ad campaign has been terrible.

When I first learned the name of the new shop, Hudson & Rouge, I gagged on the name’s saccharine cuteness and knew nothing good would emanate from NYC – this was not going to be a flowing river of automotive creativity. Even a beautifully staged unveiling of the new MKZ at the new Lincoln design center with grandiose statements from key execs of how good the new model was going to be, the $1 billion investment that was made and a panel of TEDtypes saying the advertising was going to break new ground was way too enthusiastic and exuberant.  Too much too soon.

Then the first ads appeared. I was right. Not just bad, dreadful, miserable, wretched, misguided and lousy. Worthless even though millions of dollars have been wasted in the haste to bring the car to market before it was in dealer showrooms.

The new MKZ is a nice car, not a great car, but a nice American luxury vehicle that is reasonably good looking, comfortable, has nice amenities, rides smoothly, handles well, a stylish interior, gets okay mpg and is not inexpensive at $40,000+ when fully loaded. But it’s not a sports sedan. This is not a wanna be alternative to German sports sedan like the new Cadillac ATS. The MKZ is a very nice throwback to when this mad man personally drove Lincolns decades ago.

The perception then and now therefore remains of Lincoln as a geriatric-mobile – oldest demographic profile of all brands. Keep it simple. Lincoln’s stovepipe hat. Better show Daniel Day Lewis getting his Oscar. A car bursting from an explosive flame. Yeah, that really looks good, the damn thing’s on fire. Drums playing in a factory. Huh?

Reintroducing, actually re-reintroducing a throwback or upgraded relic? Excuse me. How about why people bought Lincoln in the first place: Comfort, quiet elegance, distinctive styling, easy to drive, implied cachet and heritage.

Every good ad campaign has to be based on real product attributes, not the perceptions of New York creative types of what it should be and to whom it should appeal — then be sure to add it lots on high-tech accoutrements and benefits the Luddites hate along with annoying late night talk show hosts and discordant music. Makes for a great campaign, doesn’t it?

Who’s to blame? Don’t know, don’t really care, that’s up to Ford. They’ve done the right thing however in putting LeNeve in charge. He is good. Former colleagues respect and admire him.  His career experience gained through soldiering in the ranks at GM began in 1981 at Cadillac and progressed in various divisional marketing and advertising areas; in 1995 he moved to Pontiac as brand manager of  Bonneville. Then a career shift in 1997 to Volvo, first as vice president of marketing and three years later to become U.S. president and CEO during it’s near halcyon days but when Ford acquired the company.

In 2001 LaNeve returned to GM as general manager of Cadillac.  During his tenure Caddy had a resurgence winning LeNeve the prestigious Grand Marketer of the Year from Brandweek magazine. Three years later LeNeve was promoted to vice president of North American marketing and advertising then added sales and service to this responsibilities.

When GM’s financial mess hit the legal fan – aka bankruptcy – Mr. LeNeve was caught in a corporate whirlpool of who-does-what and left the company in 2009 to join Allstate Corporation as senior executive vice president and executive vice president and CMO of Allstate Insurance Company. Under his watch the insurance giant launched the Mayhem ad campaign, one of the most successful in the competitive auto insurance industry based on sales.

Last year he returned to Michigan for personal and family reasons and was made COO of the Ford’s ad agency. Based on much of the current work it’s been good.

Now LeNeve’s enlarged scope of responsibilities to resuscitate an ad campaign and brand that is all but comatose is daunting and disheartening. Dealers are dismayed, disappointed and depressed. Old customers are no longer brand loyal and prospects turned off by the negative news and publicity. New advertising alone cannot fix all these problems and challenges but under his guidance perhaps the brand can emerge from its coma and not die intestate without any known survivors.

The luxury market is arguably the fastest growing segment of the automobile business and the Teutonic Trio still rule, but when interlopers like Hyundai’s fairly new Genesis and Equus models outsold Lincoln in 2012 and Kia is introducing its own luxury model it’s not going to be easy. And it will not be done overnight.