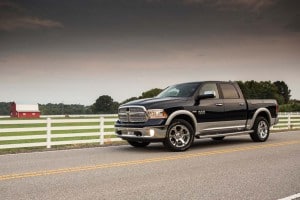 Chrysler Group's Q1 earnings dropped in part, to the launch of the new Dodge Ram.

A sharp downturn in the company’s production of new vehicles tied to new product launches undercut Chrysler Group’s cut Chrysler’s profits by two-thirds during the first quarter of 2013.

Nonetheless Chrysler Chief Executive Officer Sergio Marchionne insisted the company remains on a path to longer-term prosperity as it ramps up production of the new Jeep Cherokee and Grand Cherokee as well as the Dodge Ram. 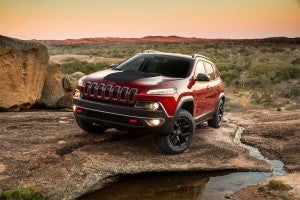 “We remain on track to achieve our business targets, even as the first-quarter results were affected by an aggressive product launch schedule,” he said.

“This quarter underscores the importance of an unwavering commitment to execute flawless vehicle introductions to reach our full potential. While the task ahead this year is daunting, we remain committed to our overall targets, including a minimum shipment increase of 8% and a modified operating profit of $3.8 billion.”

In spite of the sluggish start to the year, Marchionne said Chrysler Group was standing by its guidance for the year, including worldwide shipments of 2.6 million to 2.7 million units, modified operating profit of approximately $3.8 billion and net income of approximately $2.2 billion.

Chrysler shipped fewer vehicles in the first quarter due to the launches of the 2013 Ram Heavy Duty trucks and the 2014 Jeep Grand Cherokee, as well as preparation for the second-quarter production launch of the all-new 2014 Jeep Cherokee, Chrysler officials said. Typically, production levels are lower during a launch as the company slowly builds to full capacity levels. The new vehicles are expected to improve Chrysler’s bottom line in the second half of the year.

(For more information about the new Jeep Cherokee, Click Here.)

Chrysler’s operating profit dropped 41% to $435 million, or 2.8% of revenue, in the first quarter, versus $740 million reported in same period the prior year. The decrease was attributable to reduced shipments, industrial costs related to the new vehicle launches and a foreign currency exchange loss related to the February 2013 devaluation of the Venezuelan bolivar fuerte relative to the U.S. dollar. Those issues were partially offset by continued favorable net pricing in North America.

However, with shipments improving each month of the quarter as the Company executed the launches of the 2014 Jeep Grand Cherokee and 2013 Ram Heavy Duty pickup trucks, Marchionne said.

Chrysler’s worldwide vehicle shipments were 574,000 units for the quarter, down from 607,000 a year ago. The drop is due primarily to the end of Jeep Liberty production, which accounted for 31,000 shipments.

Strong worldwide vehicle sales for the first quarter of 563,000 units, up 8% from a year ago, were driven primarily by a 12% increase in U.S. retail sales.

U.S. market share was 11.4% for the first quarter, compared with 11.2% a year ago; Chrysler Group was the quarterly market leader in Canada with a 16% share, up from 15.0 percent a year ago.