Automaker is first of several expected to pair Apple's voice assistant with cars. 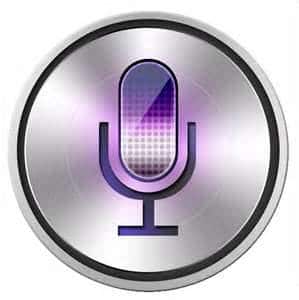 Honda will offer integration of Apple's Siri as a dealer-installed option in three vehicles starting later this year.

Honda will integrate Apple’s Siri intelligent assistant into its vehicles as an option for customers who own iPhones.

Siri’s is a potentially significant development for an auto industry where carmakers are scrambling to equip vehicles with the next big thing in infotainment systems that can both limit driver distractions while allowing motorists to have access to their media and friends.

Ford has said that its Sync voice-activated system has driven sales of its cars. It has also triggered a wave of copycat systems, such as Toyota’s EnForm and Cadillac’s Cue. Analysts are now watching to see if Siri integration in cars will become a prime purchasing factor for buyers.

Honda will offer Siri as a dealer-installed option in the 2013 Honda Accord and Acura RDX and ILX. Consumers will need to have a compatible Apple device running iOS 6 such as an iPhone 4S or 5. A special button will feature the Siri logo, and operate independently from the voice control functions already found in many Honda products.

Users of the system will be able to “perform a number of specific tasks while they safely keep their eyes on the road and their hands on the wheel,” Honda said. Using Siri’s Eyes Free mode, the system will keep the device’s screen from lighting up to minimize distractions.

“iPhone has become so integral to people’s lives that they continue to use them in their vehicles,” said Vicki Poponi, assistant vice president of automobile product planning, American Honda. “Offering Honda and Acura owners Siri and its Eyes Free mode via Bluetooth is an incredible opportunity to provide next-generation connectivity and meet our customer’s ever-changing needs.”

Using Siri could also help automakers reduce costs since they wouldn’t have to develop their own voice-activation systems. But going with Siri could also limit potential customers who don’t own iPhones since Siri doesn’t work on Android, Windows Mobile or Blackberry devices.

(Click Here to read about how automakers are integrating more infotainment options.)

Honda said it will offer Siri integration later this year, but did not specify when or on which models. Meanwhile, it is likely to have some competition.

Apple announced in 2012 that several automakers would offer Siri integration within the next year. At the June announcement, it said besides Honda, automakers including General Motors, BMW, Mercedes-Benz, Jaguar-Land Rover, Audi, Chrysler and Toyota would all offer hands-free Siri integration. It is not clear, however, when those various brands will bring the technology into the vehicle cabin.