Back in good graces after decade of turmoil. 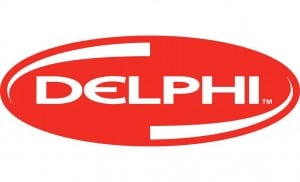 Seven years after a bankruptcy filing launched what became a sweeping reorganization – and the longest corporate run through the Chapter 11 process in American business history — Delphi Automotive is final returning to the good graces of Wall Street.

The change will take place after the close of trading on Dec. 21, when Precision Castparts Corp. is expected to complete its acquisition of Titanium Metals.

Delphi, which assumed control of a substantial portion of General Motors’ in-house parts empire in 1999, filed for bankruptcy in 2008 as its struggled with an unwieldy cost structure built around traditional union contracts that had been undercut and rendered unsustainable by the rapid globalization of the auto industry.

Prior to the bankruptcy, Delphi’s position had also been undermined by mismanagement and a deep-seated feud with GM, which was trying to cut costs as it faced a financial crisis that ultimately led to its own government-orchestrated bankruptcy in the spring of 2009.

Both GM and Delphi emerged from bankruptcy in 2009.

As part of the exit plan for Delphi’s bankruptcy, GM bought back several operations, including the old Saginaw Steering Gear, which later was sold off and became a separate Chinese-owned company called Nexteer.

The post-bankruptcy Delphi, while remaining one of the world’s largest automotive suppliers with a large book of GM business, has closed virtually all of its unionized plants across the U.S. and now shifted its manufacturing base to China, Mexico and Latin America.

It also has extensive European operations but has dramatically reduced its cost-base, especially in old lines of manufacturing. Meanwhile, it has shifted emphasis to higher-tech businesses that promise to generate higher prices and margins, such as safety, environmental protection and infotainment.

Delphi’s stock is publicly traded once again but large blocks of the company’s share are still controlled by private investors, including hedge funds and private equity funds.