Bringing nature back to the city, says the Japanese maker. 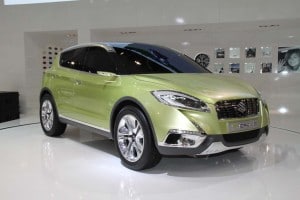 Suzuki's new S-Cross Concept will reach production in the latter months of 2013.

Suzuki may not mean much as a brand in North-America, but iit is a well-established name in the Old World. Hence, there was plenty of interest in the maker’s new S-Cross Concept debuting at this year’s Paris Motor Show.

The new crossover is intended for city use, Suzuki cryptically suggesting it is designed to evoke “nature in the city and the city in nature.” To battle snowdrifts and potholes, it will be offered with 2WD and iAWD, Suzuki’s intelligent all-wheel drive system.

The 169.7-inch long vehicle is still a design study, but Kenichi Ayukawa, Suzuki’s Executive General Manager of Global Automobile Marketing, confirmed that the production model will enter the market in the fourth quarter of 2013. With its 102.4-inch wheelbase, the S-Cross would fit in somewhere between the new Mazda CX-5 and the Mini Countryman 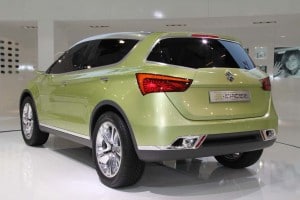 Designed for urban use, the S-Cross Concept is sized between a Mazda CX-5 and Mini Countryman.

The S-Cross is built on a new platform, which will be used for other Suzuki CUV models in the future.

There are rumors that the S-Cross will be the successor of the SX4, but that is highly unlikely, since it is nearly 8 inches longer. Both models will be on the market next to each other. Suzuki aims at the lowest CO2 emission in the segment, while the car will offer the largest luggage compartment.

Suzuki is holding back a number of specifics about the S-Cross – including powertrain details and whether the new crossover will be offered in the U.S., where the Japanese maker is struggling for its very survival.

In the meantime, Suzuki is in the process of developing new products for the European market, where it wants to get back on track within a short time. There, Suzuki’s annual sales amount to over 300,000 units.

Since European customers are more and more forced to downsize because of taxation and incentives that favor small cars, Suzuki has a strong player in the low CO2 emission league with the small Alto and compact Swift.

Despite worrisome developments in many regions of the world – as well as a strong Yen that has punished many of its Japanese competitors — Suzuki posted a net profit of 491 million Euros in the past fiscal year.

And even with the freefall in the European market, the maker aims to increase global sales by 3.5%. This would mean a growth form 2.5 million units last year to 2.8 million this year.