Space isn’t the only thing that’s big about this new member of the Prius family. 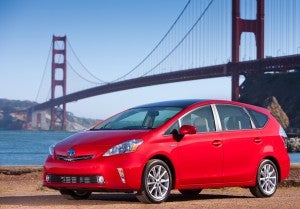 Toyota's Prius v is the biggest in the newly expanded three-car Prius family.

You just couldn’t do this in a regular Toyota Prius. Toyota’s new Prius v, a larger version of Toyota’s hyper-mileage halo car, showed up during moving week, as we moved 20 miles west to be closer to work and school.

We repeatedly stuffed the v – essentially a wagon version of the Prius hatchback – with boxes, bags and whatnot for multiple trips to the new house. While it couldn’t match the pair of minivans that were also making multiple trips, those giant draft horses don’t come close to matching the mileage return from the biggest of what is now a three-member Prius hybrid family. The third model, the Prius C slots in as the baby bear option in the Prius clan. Even doing moving van duty, the Prius returned better than 42 mpg, mostly spent on a rural two-lane.

While the original Prius’ back end slopes for a more aerodynamic shape, the v’s back end is squared off. That bigger tail gives the Prius v more than 36 cubic feet of space for your junk, compared to 21.6 cubes for the regular Prius. 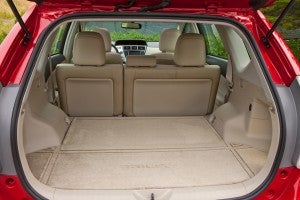 The big thing about the Prius v? It has 34 cubic feet of space behind the rear seats compared to 21.6 for the original Prius. 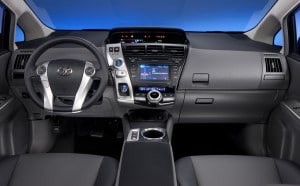 The Prius v would appear to the car for vegans, with a distinct lack of leather throughout.

But the lofty price is the big Prius’ Achilles heel. While few competitors in the mid-30s range can match the Prius’ fuel economy, almost every one of them carries more cache and more interior refinement.

The v’s interior could be classified as high-end economy car. The finishes are interesting – foregoing the typical fake leather grain used in most cars – but they are surprisingly economy class in a car at this price level.

Assuming Toyota has done its market research on what most v buyers would want, this car’s typical buyer might be vegan. The seats are covered in standard “SofTex” – a new breed of vinyl that is meant to more closely replicate leather. Even the steering wheel is plastic with a rough texture while virtually every other car even approaching this price category would have leather or some combination of leather, wood and the new synthetic suede typically known as Alacantara. 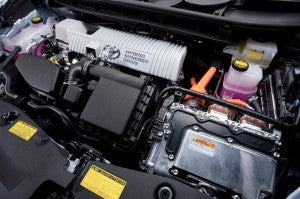 Like its little brother, the v has a 1.8-liter, 98 horsepower engine, which combines with an electric motor to make a total of 135 horsepower.

The Prius v drives well. Acceleration is lackluster, at least if you give it what some might consider a normal amount of throttle. Even normal acceleration requires digging deep into the go pedal. There may be a bit of psychology going on here. The idea behind the hybrids is advanced fuel economy. Acceleration runs counter to that goal. Most Prius buyers are keenly interested in fuel economy, so they are probably unlikely to go deep into the throttle very often. There’s some decent accelerative force buried at the end of that long pedal travel, but accessing it just seems wrong in a car whose Raison d’être is economical motoring. 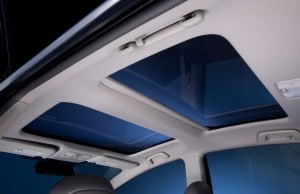 Glass is heavy, so it's surprising that the upmarket Prius v 5 has a big, double sunroof.

Of course, the 98-horsepower, 1.8-liter four cylinder is attached to a continuously variable transmission with an electric motor sandwiched in between. Together, they generate 134 net horsepower. The CVT is also chosen to squeeze the most possible from a gallon of gas. Most Prius buyers typically don’t ask for much acceleration from their cars, so the CVT’s droning will rarely be an issue.

There are EV, Eco and Power modes, but they don’t s seem to make a whole lot of difference. Power mode comes with increased rpm levels and EV seems to keep the car in electric-only mode a little longer, but not a whole lot. 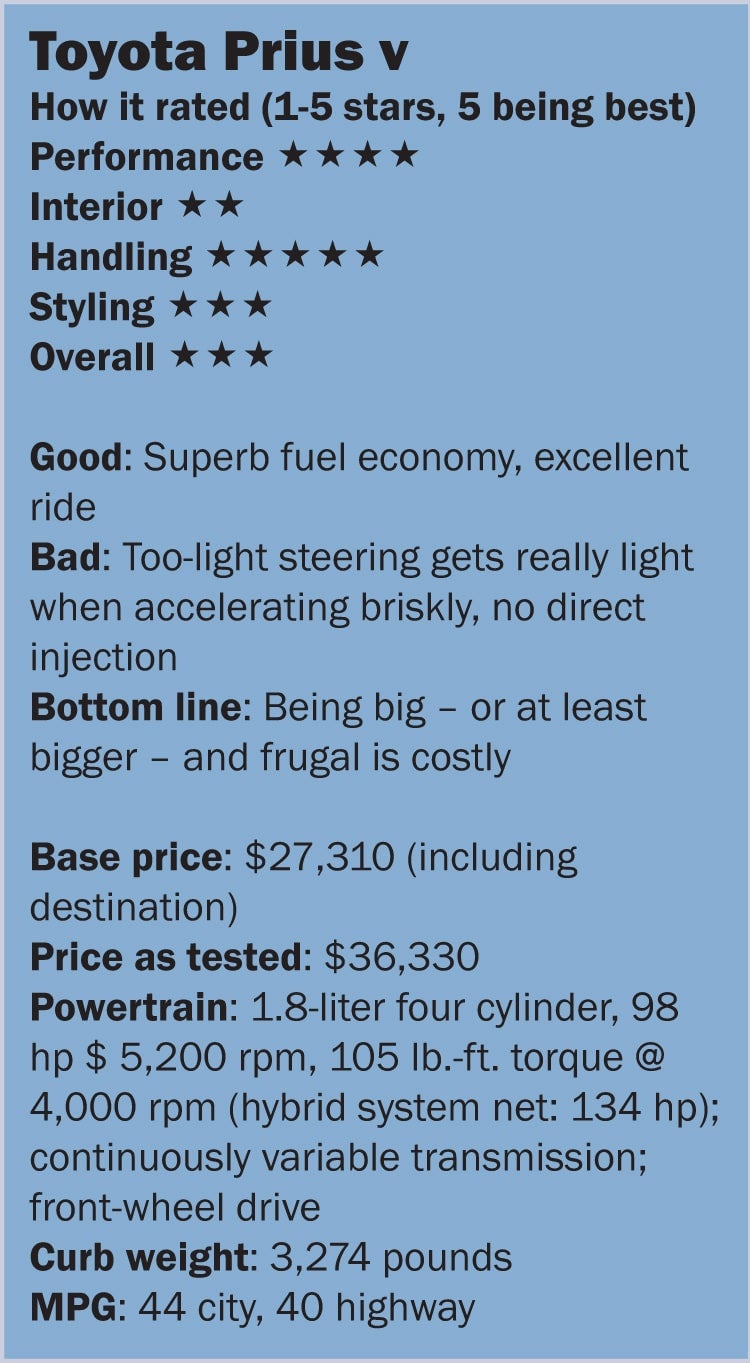 The early hybrids had trouble masking the transitions between electric mode and gas and even more so with regenerative braking that turns lost braking energy into juice for the battery. Toyota’s experience here shows. The Prius has excellent braking feel, easily allowing the car to crawl in traffic under very light braking. And the transition from electric only to gas engine is completely seamless. In fact, maybe a too seamless. The Prius could provide better instrument panel feedback to help drivers get the most out of electric-only operation, thus saving more fuel. This seems like a surprise for a car where the goal is getting the most out of a gallon of petrol.

Speaking of the instrument panel, this maybe standard Prius fare, but center-mounted instrument clusters will always come in for criticism here. The only thing that makes sense about them is making it easier for the manufacturer to make right-hand and left-hand drive models, but they can never be considered driver friendly.

Handling is good. The v doesn’t have any sporting intentions, but it never feels wrong. And the ride is nothing short of superb. None of your whatnots will ever be jostled when schlepping your junk.

While the interior isn’t as luxuriously appointed as one might expect for 36K, it is quite comfortable. Those sitting up front have lots of space and the seats are a good place to be in between loading and unloading stuff on moving-van runs. But it doesn’t seem very tough. For example, the center console armrest is covered in a thin velvety fabric that doesn’t seem like it will hold up to years of wear. While the pleather may look somewhat like real leather, there’s nothing like the stuff that comes off a real animal when it comes to resistance to abrasion and tears. Apologies to the vegan crowd.

It’s all about money with the v. One of the reasons people have made the Prius the most successful hybrid in the short history of the genre is saving money. But spending well more than 30 grand for what is essentially an economy car is tough to justify. If you can afford to spend this much on a car, do you really need the Prius family’s admittedly outstanding fuel economy?

So just who is the upmarket v aimed at? High-earning, socially conscientious families with two or fewer smallish kids for whom a Cadillac CTS Sport Wagon would scream conspicuous consumption, it looks like.